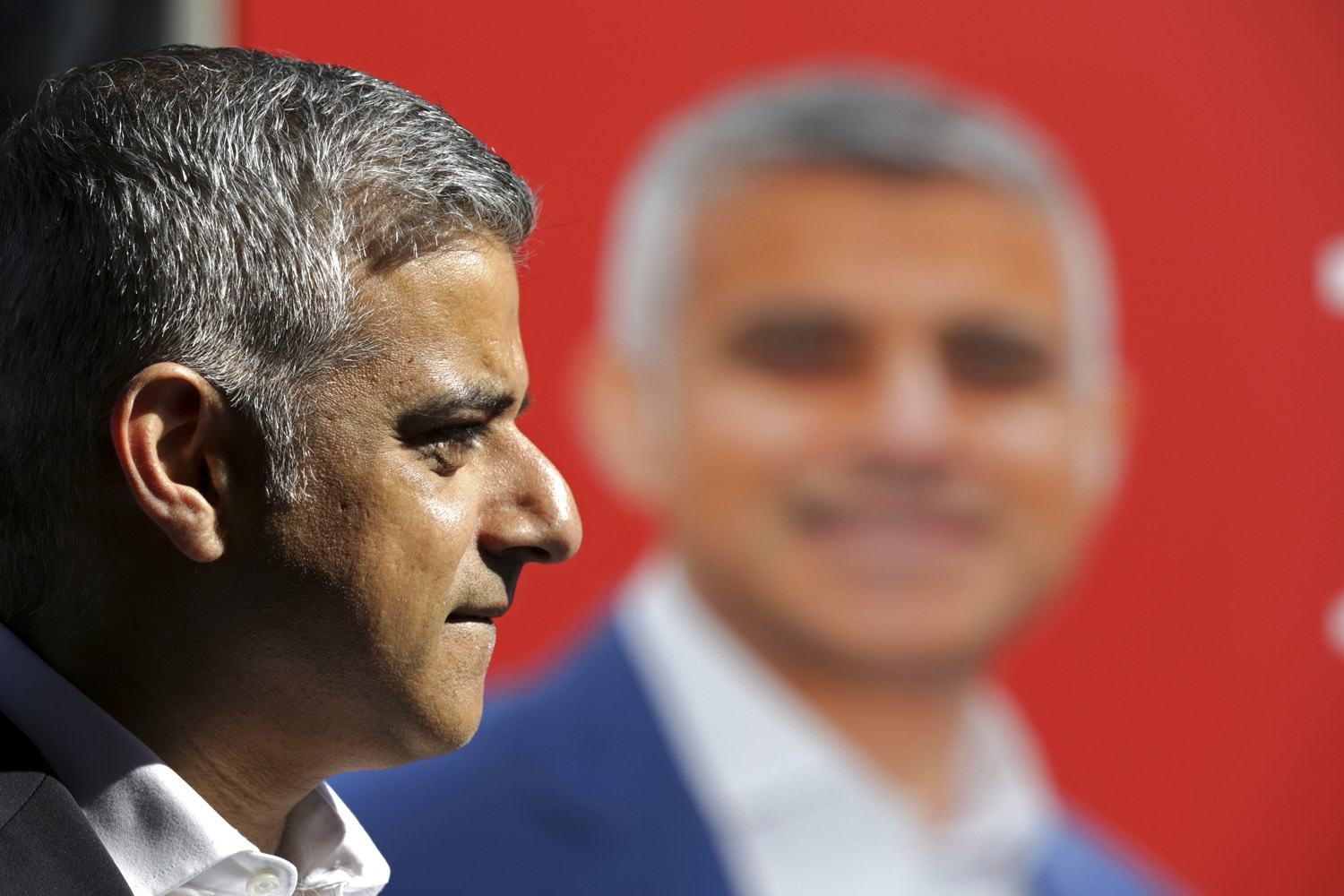 Sadiq Khan, Britain’s Labour Party candidate for Mayor of London, speaks to the media at Canary Wharf in London, Britain May 4, 2016. REUTERS

The new mayor of London, Sadiq Khan, says his election in a divisive campaign that drew attention to his faith should send a message to U.S. presidential candidate Donald Trump that Islam and Western values get along just fine.

The practicing Muslim son of Pakistani immigrants to Britain was elected mayor of London just last week. The Labour Party politician's win is seen as a major political milestone. He grew up in London's housing projects, and his dad was a bus driver. His leading opponent in the race was a billionaire who shares some of Trump's least likable qualities.

From the New York Times today:

Mr. Trump is “playing into the hands of extremists” and is “ignorant about Islam,” Mr. Khan said. “Daesh, ISIS, all those guys, hate the fact that I am mayor of London. Why? Because it contradicts what they say, which is that Western liberal values are incompatible with Islam.”

In a briefing at City Hall and then an interview with The New York Times, Mr. Khan, a member of the Labour Party, said that his Conservative opponent, Zac Goldsmith, “chose a Donald Trump approach and their campaign sought to sow divisions.” But London, he said, “chose unity over division, and a rejection of the politics of fear,” something that he suggested should encourage Hillary Clinton, the probable Democratic candidate for president.

“What we have shown, and I hope it’s a lesson that Hillary and others in America take on board, is hope trumps fear,” he said, adding: “Forgive the pun.”

Extinction Rebellion's Sinking House is a protest art-installation in the form of a suburban house drowning in the Thames. They launched it early last Sunday.