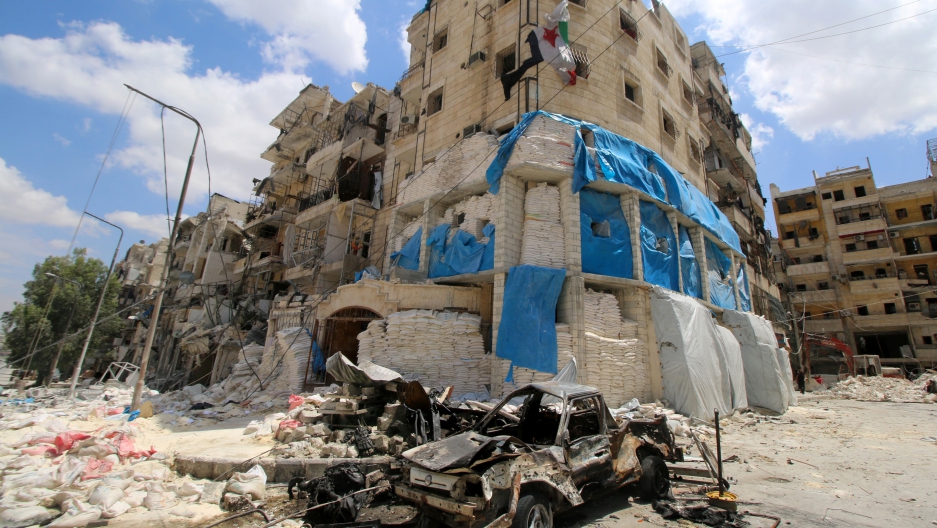 Burnt vehicles in front of a hospital hit by airstrikes in rebel-held Aleppo. Reuters

The resolution comes after a series of such attacks in Syria and other countries, including one last year in which U.S. forces bombed a Doctors Without Borders-run hospital in Afghanistan, destroying it and killing and injuring scores of medical personnel and patients.

MSF hospital in Kunduz, before and after the 2015 U.S. airstrike destroyed it. Image: MSF

The Kunduz hospital bombing didn't amount to a war crime, U.S. military authorities said in April, because it was caused by "unintentional human errors, process errors, and equipment failures," and “other factors.”

The Council heard an impassioned plea from Joanne Liu, the president of Doctors Without Borders, also known by its acronym in French, MSF.

"This resolution must lead to all state and non-state actors stopping the carnage. You must also pressure your allies to end attacks on health care and population in conflict areas. We will not leave patients behind, and we will not be silent. Seeking or providing health care must not be a death sentence. You will be judged not on your words today, but on your actions."

Liu called it “an epidemic,” and that “hospitals and patients have been dragged onto the battlefield.”

Related, from our archives: Obama apologizes to aid group for bombing hospital. MSF: Thanks, but we want an investigation

Afghan guards stand at the gate of MSF hospital after an air strike in the city of Kunduz. REUTERS

It’s hard to believe some of the shocking responses some people are having to the coronavirus pandemic.