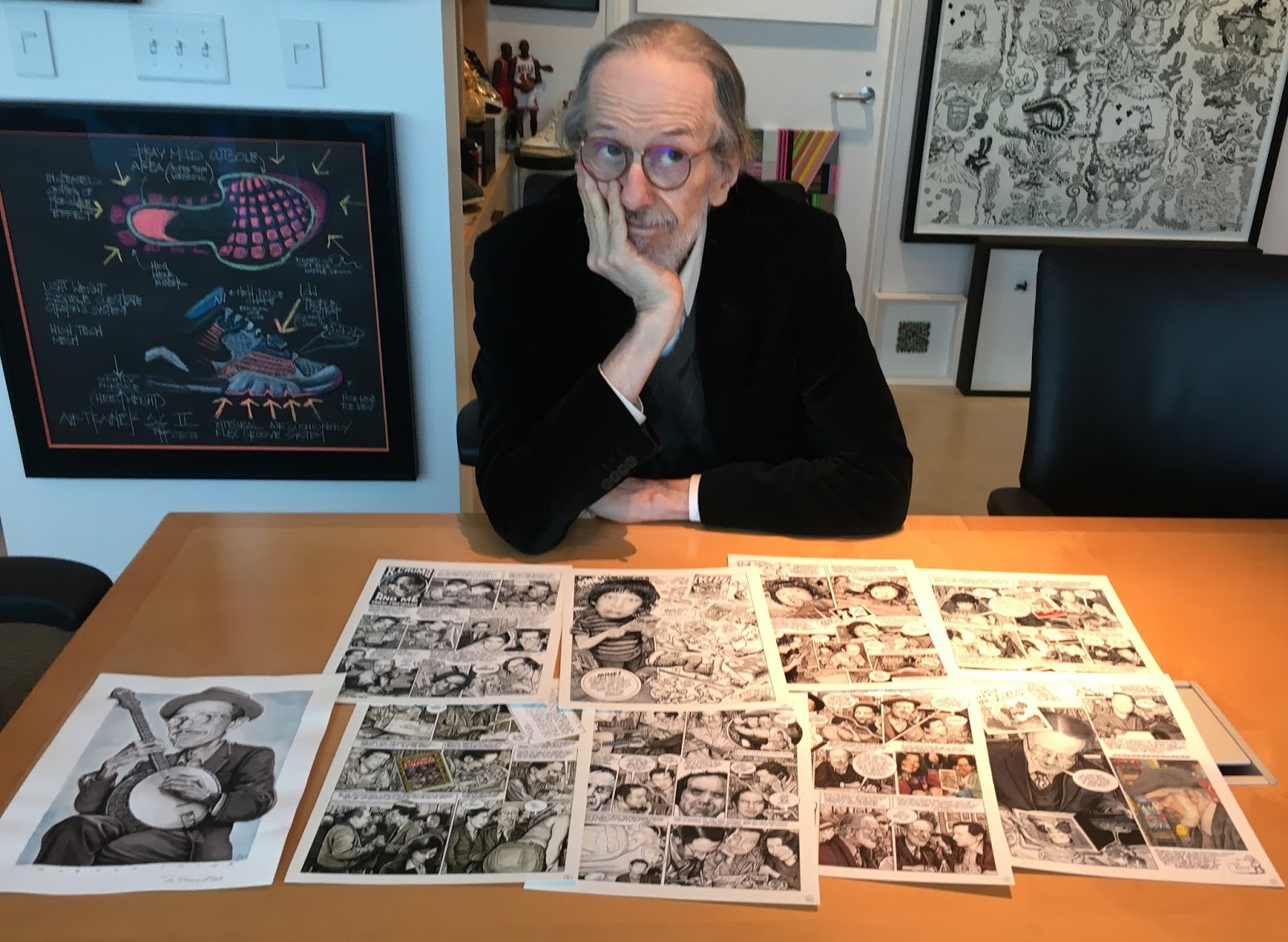 The world's greatest cartoonist Robert Crumb was in Portland, Oregon earlier this week, and paid a visit to the office of a private art collector and mutual friend who also owns the original artwork to my 8-page comic strip "R. Crumb & Me." The work was originally published in Monte Beauchamp's book Masterful Marks, published by Simon & Schuster in 2014.

The comic will also be included in The Best Comics of 2016, due out this Oct. Crumb happily posed for some photos with the original art, (I had been told awhile back that he greatly enjoyed the piece), after carefully studying each page. Crumb and I go way back, I had been a regular contributor to Crumb's magazine WEIRDO back in the early/mid-eighties.