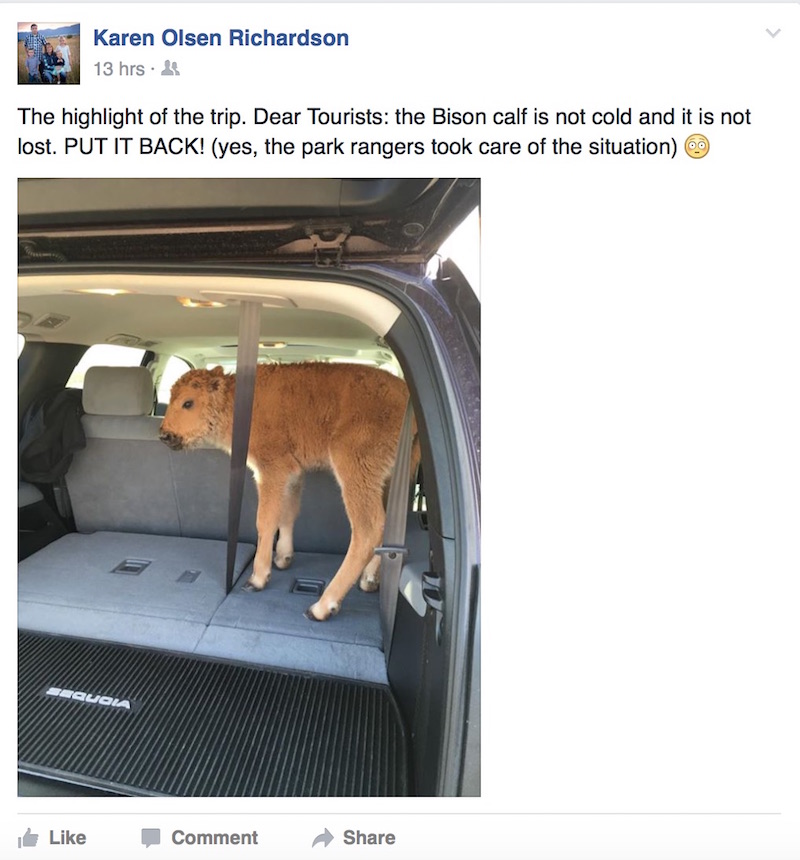 Update: The bison was later euthanized.

Father-and-son tourists visiting Yellowstone National Park in Wyoming received a ticket for putting a bison calf in their rental car because they thought it was too cold.

Karen Richardson of Victor, Idaho, was one of several parents chaperoning a group of fifth-graders on a field trip to Yellowstone this week.

Richardson says on Monday, as students were being taught at Lamar Buffalo Ranch, a father and son pulled up at the ranger station with a bison calf in their SUV.

“They were demanding to speak with a ranger,” Richardson tells EastIdahoNews.com. “They were seriously worried that the calf was freezing and dying.”