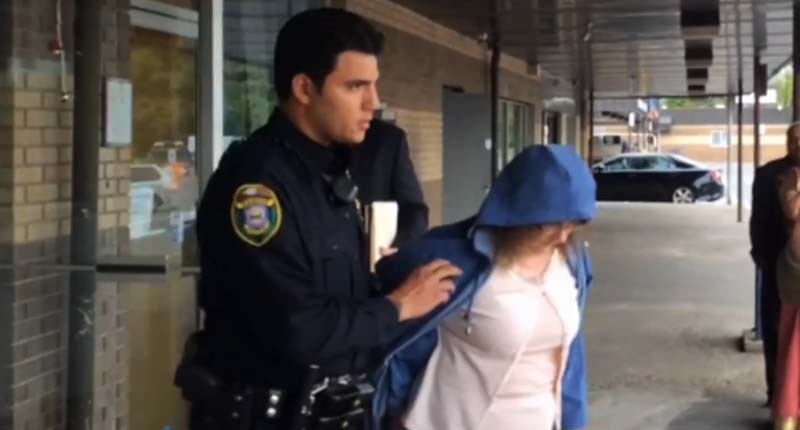 A subsitute high school teacher in Easton, Pennsylvania was taken into police custody Tuesday and charged with institutional sexual assault after admitting to a judge that she had been having sex with a student since 2015.

Local newspaper Lehigh Valley Live was among the first to report that Kelly Aldinger, 49, was arrested two weeks ago when a police officer on a routine patrol spotted Aldinger and the teenage boy having sex inside a car parked at the town's cemetery.

Before her job at the high school, Aldinger is reported to have served as recently as Fall 2015 as council president of St. Paul’s III Lutheran Church, where she was managed Christian education, and supervised Sunday School and Vacation Bible School.


She lived with her parents in the nearby town of Pen Argyl, PA, some 15 miles away from Easton.

Police continue to investigate the previous sexual incidents, police Lt. Matthew Gerould said. The age of consent is 16 in Pennsylvania when it comes to statutory rape, so that charge wouldn't apply, but 18 for corruption of a minor. Aldinger, however, doesn't face a corruption charge.

The institutional sexual assault charge stems from her teaching at the school where the teen was a student.

The 17-year-old met Aldinger while he was in seventh or eighth grade at Easton Area Middle School and she was a substitute teacher there, court papers say.