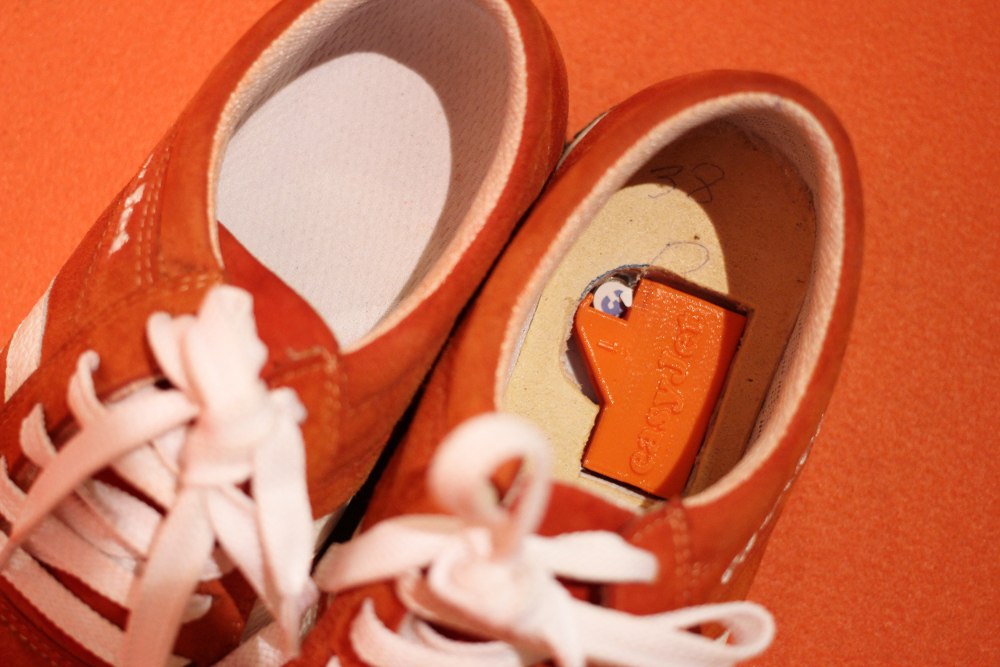 Low-cost carrier Easyjet has prototyped "Sneakairs," a pair of shoes that have small vibrating motors and Bluetooth links; they work in concert with your mobile phone's mapping app, buzzing left or right when it's time to turn, and twice if you've gone the wrong way.

It's a variation on the North Paw, an open source hardware anklet that rings your ankle with eight cellphone motors; the northmost motor buzzes softly and continuously, giving you the subliminal ability to intuitively know which direction is north at all times. People who've worn them report that they become eerily competent at navigating when they're strapped in; then, hopelessly lost when they remove them.

I used these gadgets as the McGuffin of Lawful Interception, my third Little Brother story -- there's real potential for them in lots of applications. For example, you could give them to your kids to help them follow you from a street or two behind you (or a whole group could wear them to allow them to reform when they get separated).

The Sneakair is being prototyped in Barcelona, for the tourist trade.

AS I STROLL the narrow alleys of Barcelona, I can’t help but keep my eyes up, marveling at the beauty surrounding me. I’ve never seen this neighborhood before, yet without so much as a glimpse at a map, I know exactly where to go and how to get there. The smart shoes on my feet know where I am headed, and vibrate when I must turn left or right. It is liberating. No more consulting a guidebook or my phone, no more asking strangers for directions. I simply enjoy the city...