Site finds the "visual center" of your images 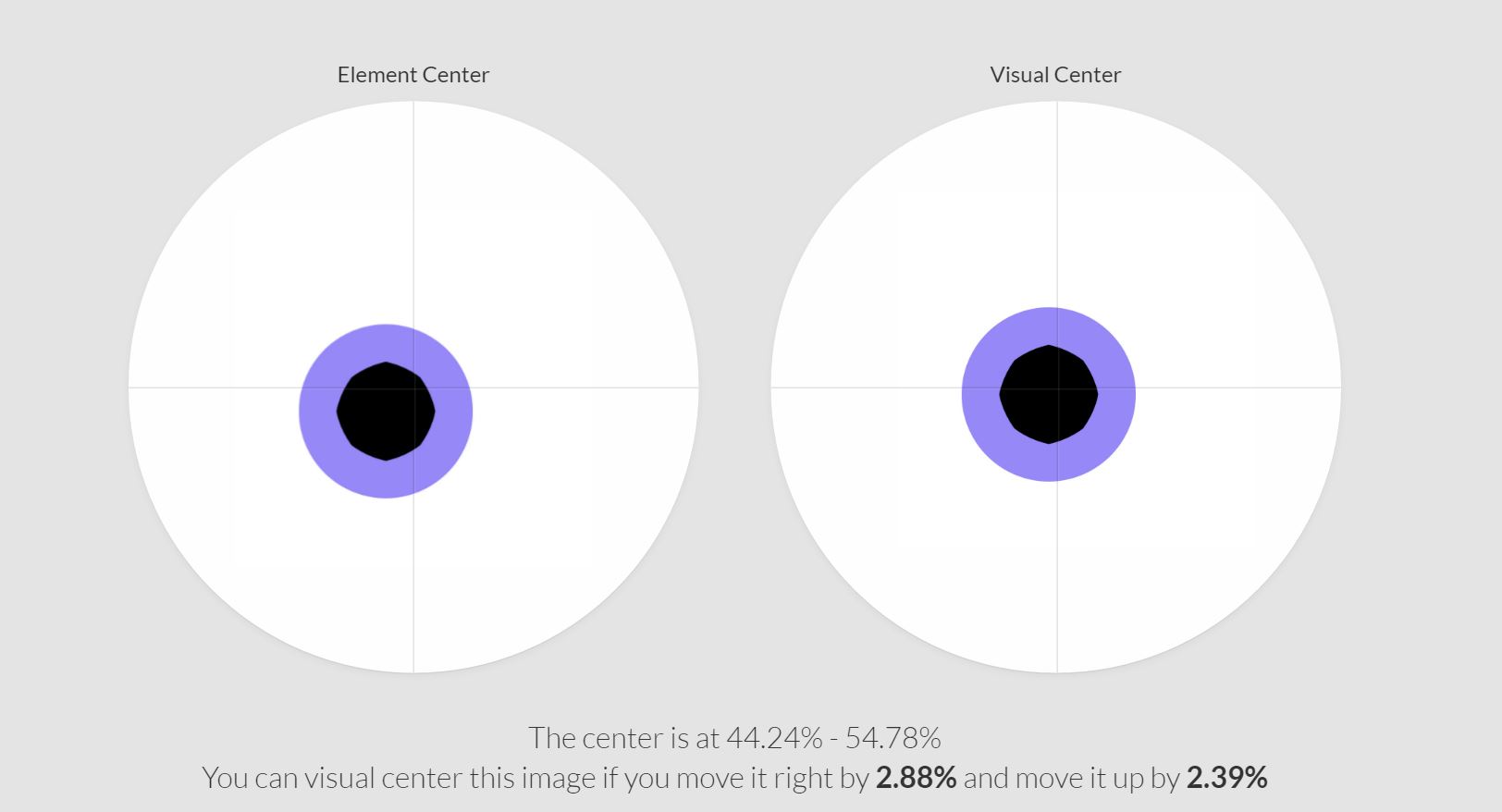 Visual Center is a website that takes an image and attempts to find its compositional center point. It works well with designy images that have an obvious geometry to them and well-defined shapes to find and center — think logotype surrounded by whitespace. I'm not having a lot of success with photographs, though. [via]