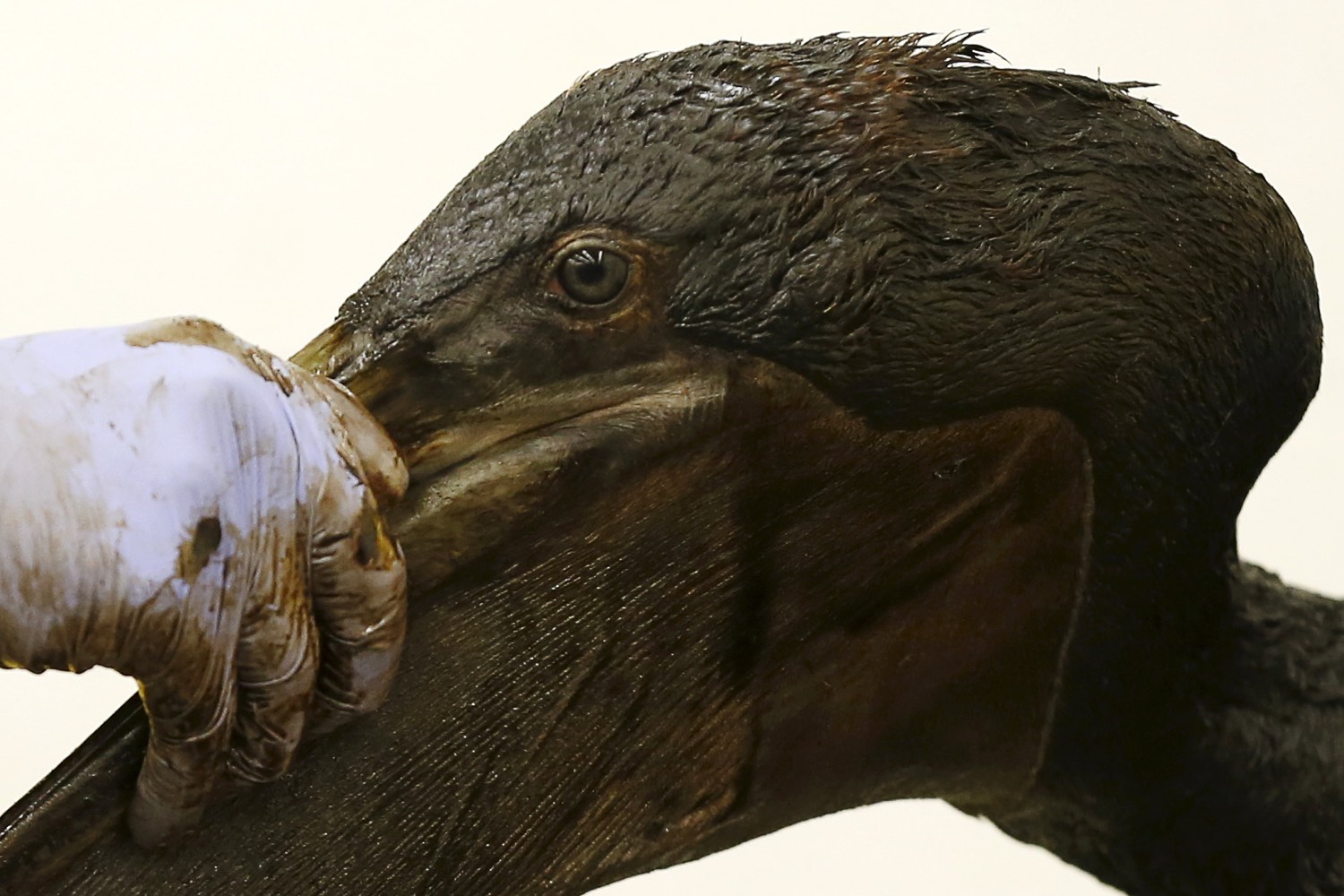 A brown pelican being cleaned of oil by a bird rescue volunteer on May 22, 2015, after thousands of gallons of oil leaked on to San Refugio State Beach and into the Pacific. REUTERS

In California today, a grand jury indicted the Plains All-American Pipeline and one of the oil company's employees on criminal charges over the massive 2015 oil spill in Santa Barbara County.

“This is the first step in holding Plains accountable, and we are committed to putting all the resources that are necessary into seeing this case through,” California Attorney General Kamala Harris said at a press conference in Santa Barbara.

“In this state, we value our environment, we value our pristine coastal communities, we value the precious wildlife and the oceans that we are proud to call a big part of California. Anyone that violates the law … is going to be held accountable,” she said.

William McConnaughey, 56, who drove from San Diego to help shovel oil off the beach, stands in an oil slick in bare feet along the coast of Refugio State Beach in Goleta, California, United States, May 20, 2015. REUTERS/Lucy Nicholson

Plains All-American Pipeline has been indicted on 46 criminal charges, including four felony counts, while a single employee of the Houston-based company was indicted on three criminal charges relating to the 2015 spill, according to Atty. Gen. Kamala Harris and Santa Barbara County Dist. Atty. Joyce Dudley.

Both state and local prosecutors had been investigating possible wrongdoing related to the pipe rupture, which sent oil onto beaches and into the ocean.

Plains faces up to $2.8 million in fines plus additional costs and penalties, prosecutors said.