This facial recognition app 'may bring end to public anonymity' 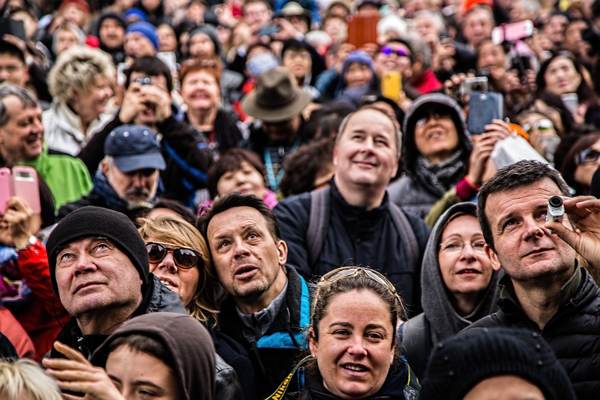 FindFace is a new Russian smartphone app that lets users take photos of strangers and identify them with 70% reliability.

Unlike other face recognition technology, their algorithm allows quick searches in big data sets. “Three million searches in a database of nearly 1bn photographs: that’s hundreds of trillions of comparisons, and all on four normal servers. With this algorithm, you can search through a billion photographs in less than a second from a normal computer,” said Kabakov, during an interview at the company’s modest central Moscow office. The app will give you the most likely match to the face that is uploaded, as well as 10 people it thinks look similar.

Kabakov says the app could revolutionise dating: “If you see someone you like, you can photograph them, find their identity, and then send them a friend request.” The interaction doesn’t always have to involve the rather creepy opening gambit of clandestine street photography, he added: “It also looks for similar people. So you could just upload a photo of a movie star you like, or your ex, and then find 10 girls who look similar to her and send them messages.”

anonymity / Not creepy at all

Machine learning systems are pretty good at finding hidden correlations in data and using them to infer potentially compromising information about the people who generate that data: for example, researchers fed an ML system a bunch of Google Play reviews by reviewers whose locations were explicitly given in their Google Plus reviews; based on this, […]