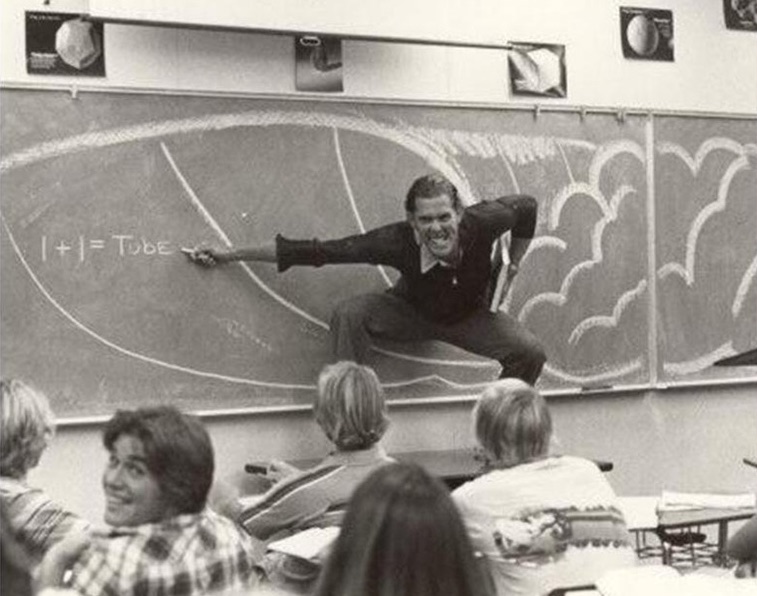 
Posted by the engaged educator's son on r/OldSchoolCool and making the rounds again.