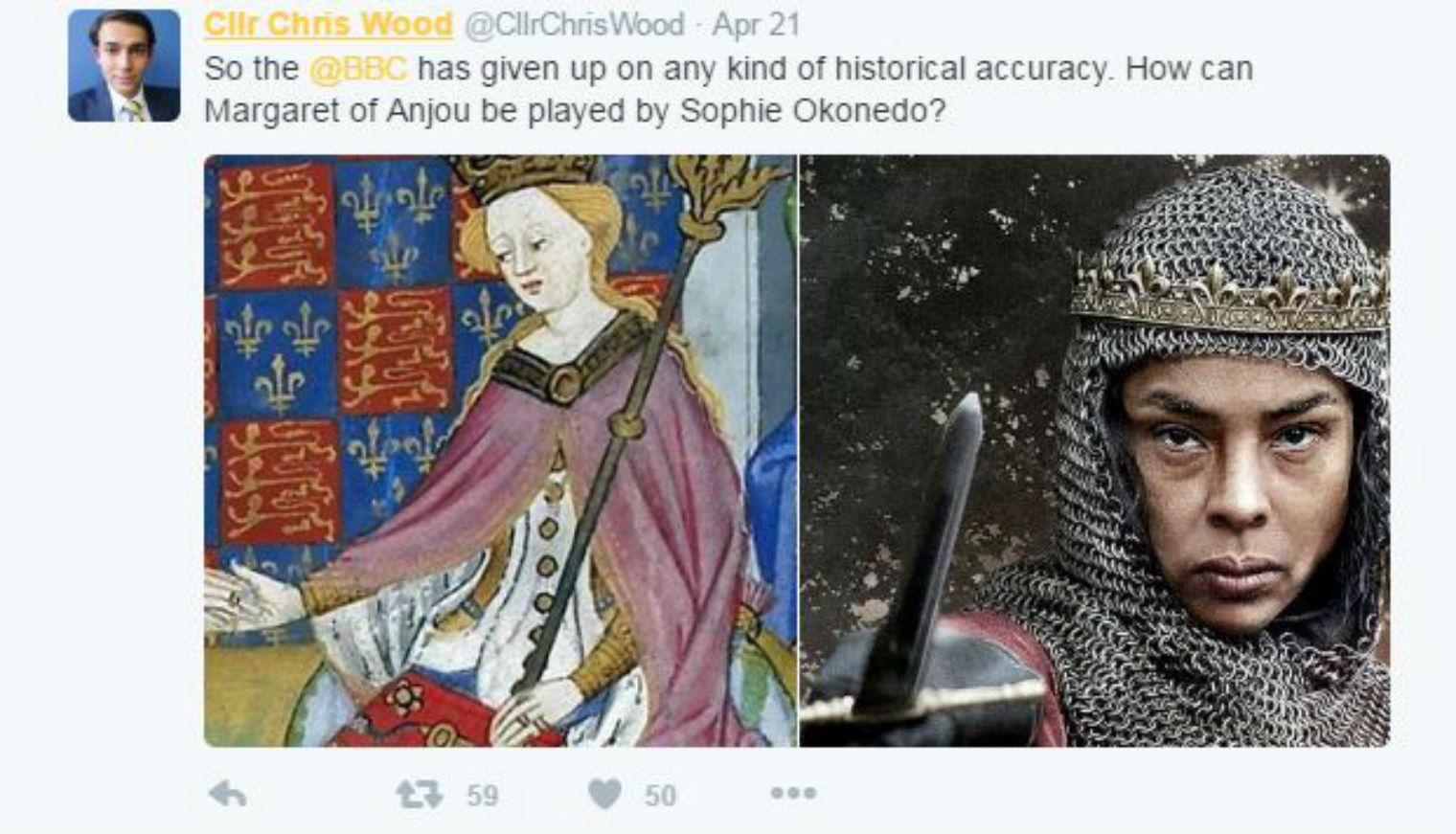 Chris Wood is a councillor from the UK Independence Party (UKIP), a xenophobic party known for its leader and lawmakers' racist and sexist gaffes; this week, he added to the annals of UKIP inanity when he took to Twitter to complain that the BBC had cast a person of color as Margaret of Anjou, wife of King Henry VI.

To bolster his case that the Beeb had made a bad choice, the politician included an image of a medieval manuscript in which Margaret is depicted as a white woman, saying, the "BBC has given up on any kind of historical accuracy."

To which Chevalier au Canard replied, "That's a lovely medieval image you have there. It's from a manuscript that claims M of Anjou was descended from a swan." She went on at length, pointing out that the manuscript was French, not English (UKIP cordially loathe France) and getting in zingers like: "It's amazing how imaginative medieval people were, isn't it @CllrChrisWood? If only you still had just a tiny fraction of that imagination."

Hi @CllrChrisWood that's a lovely medieval image you have there. It's from a manuscript that claims M of Anjou was descended from a swan