The inside of a Leatherback Turtle's mouth 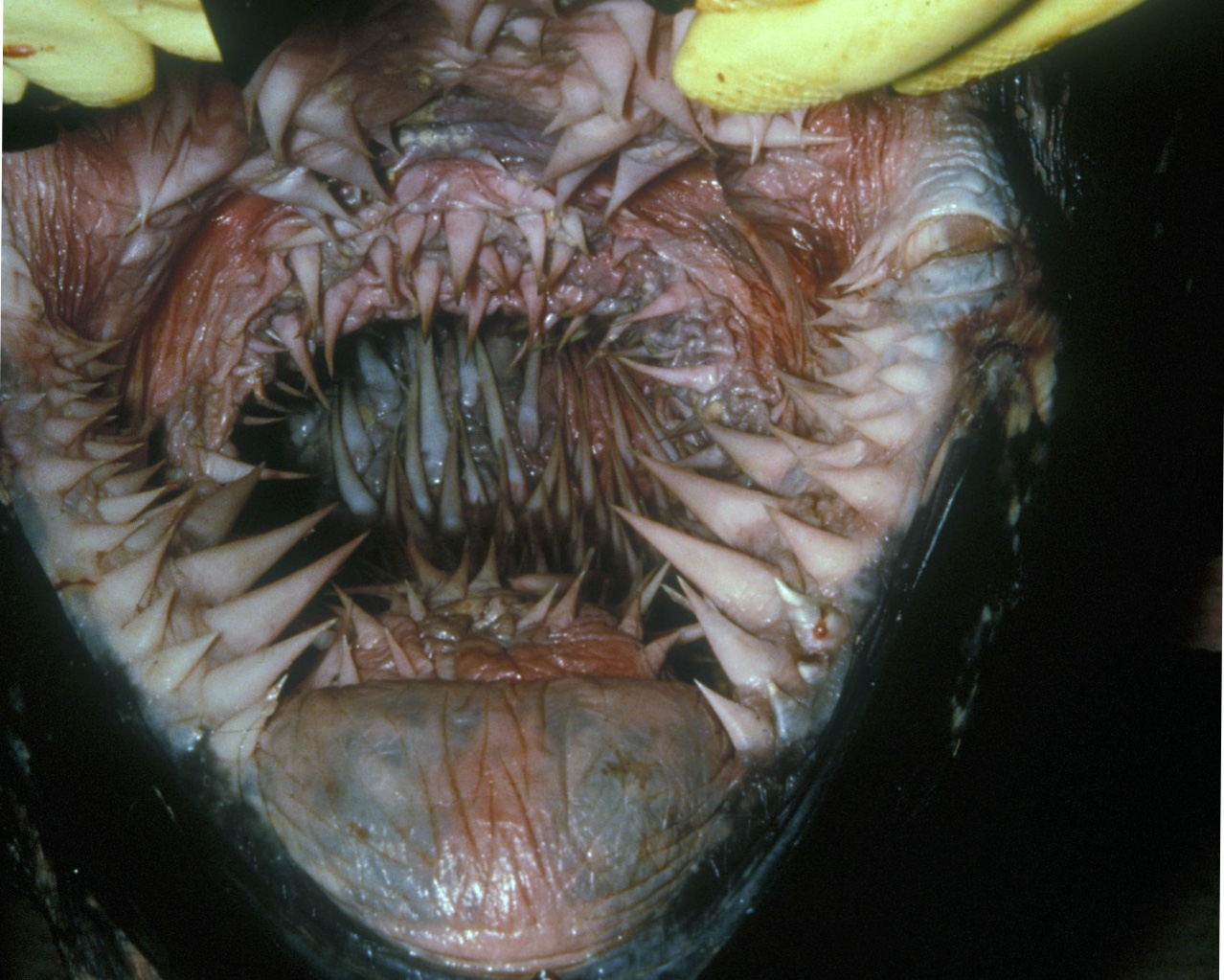 It's not entirely clear where this image originates from, but the nightmarish interior of the Leatherback Turtle's mouth is attested to by many other ones just like it. Hey, at least it doesn't pee through its mouth.

Celebreedy breeds new celebrities from other celebrities, using a generative adversarial network. It's the work of Eric Drass, who has a website. Eric holds a degree in Philosophy and Psychology (Oxford) and an unfinished PhD in Cognitive Psycholinguistics (also Oxford). He is co-author on a number of patents dealing with PRISM-type surveillance technologies (long before […]

SinGAN is a generative AI that can, among other things, create random variations of an image (or animate it) without knowing what it is an image of. The official implementation is on Github and shows pretty landscapes: It can also accomplish useful design tasks such as harmonizing color gradients and adding illusory resolution to blurred […]