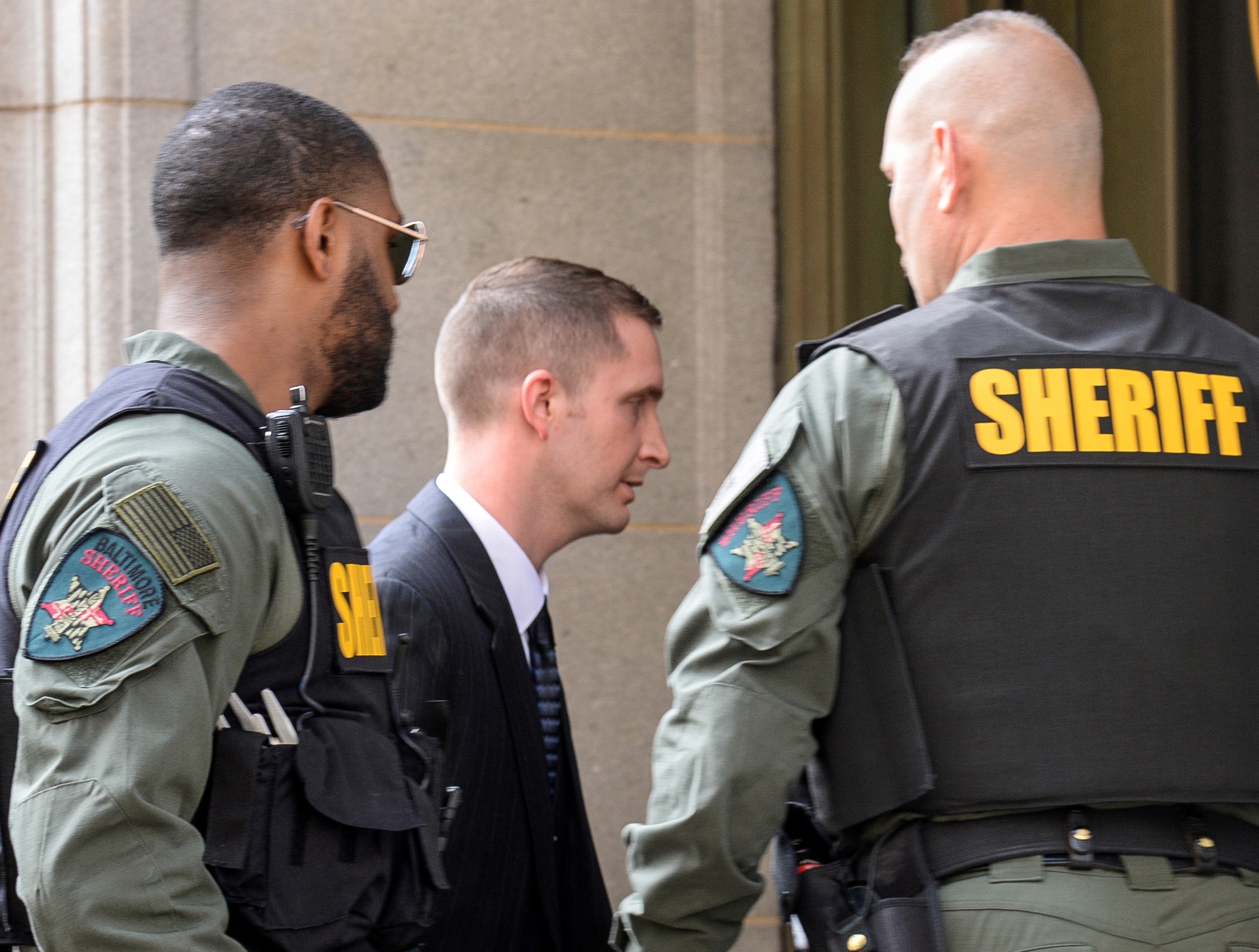 Edward Nero arrives for his trial over the death of Freddie Gray at a courthouse in Baltimore. May 23, 2016. REUTERS

A second Baltimore police officer involved in the arrest and death of Freddie Gray was acquitted Monday. Gray, who was black, died in police custody one year ago, in Maryland.

Officer Edward Nero, who is white, was today cleared of assault, reckless endangerment and misconduct charges. A judge decided that Nero played little role in the arrest of Freddie Gray, and that Nero was not personally responsible for the failure to buckle Gray into the police van where he suffered a broken neck.

This is the second of 6 planned cases against cops involved in Gray's death. Prosecutors offered no comment, as they are under a gag order.

"Based on the evidence presented, this court finds that the state has not met its burden to prove, beyond a reasonable doubt, all required elements of the crimes charged," Baltimore City Circuit Court Judge Barry Williams said today.

"Therefore, the verdict for each count is not guilty."

Nero, who is white, was the second of six officers charged in the case to stand trial. The manslaughter case against Officer William Porter ended in a mistrial in December when the jury deadlocked. Prosecutors plan to retry him in September.

Trial No. 3 — that of van driver Caesar Goodson, who prosecutors believe is most culpable in Gray's death — is set to begin in two weeks. He is charged with second-degree murder.