TSA head of security 'removed from his position' 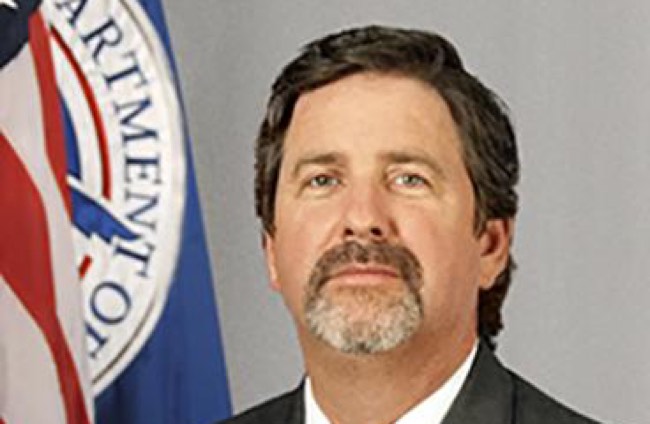 The U.S. Transportation Security Administration asked its head of security to turn in his badge and bright blue gloves. Kelly Hoggan has been 'removed from his post.'

An internal TSA memo distributed today and leaked to Reuters says the decision to remove and replace Kelly Hoggan came after the most recent round of complaints over impossibly long lines at TSA airport security checkpoints. The memo came from agency head Peter Neffenger.

UPDATE: Kelly Hoggan has been removed from his position as head of security at TSA, following our hearing on May 12 on mismanagement at TSA.

"UPDATE: Kelly Hoggan has been removed from his position as head of security at TSA, following our hearing on May 12 on mismanagement at TSA," the committee tweeted.

There's a whistleblower retaliation story buried in this news, too.

The House Oversight Committee conducted a hearing on TSA's operations on May 12. At the hearing the TSA Administrator, Peter Neffenger, was questioned why Hoggan was given $90,000 in bonuses when security lines were not improving.

His agency is on the defensive after three former TSA employees testified that they were retaliated against after "directed reassignments," where employees who have highlighted wrongdoing within the administration are shifted to other assignments.

Neffenger said then that he did not "tolerate" potential retaliation against whistleblowers and pledged to "look into it."

An airline passenger stands in a full-body scanner at an LAX TSA checkpoint in 2014. (Reuters)

Hoggan served as TSA assistant administrator for security operations since May 2013. Effective immediately, he's replaced by his deputy, Darby LaJoye.

A U.S. House Oversight Committee hearing on May 12 blasted Hoggan for receiving over $90,000 in bonuses and awards over a 13-month period from 2013-2014, after a scathing report by Department of Homeland Security Inspector General John Rothwhile documented failures and mismanagement.

During the period leading up to that bonus payment, long lines, inefficiency, and complaints only grew.

What's more, the $90,000 was paid to Hoggan in $10,000 increments. The choice to break up the payment into less visible installments led the investigating House committee to believe TSA was effectively trying to hide the bonus, accusing the administration of 'smurfing' or 'structuring' a payment.

In the internal memo, Neffenger said TSA is doing a better job of moving passengers through security at Chicago O'Hare after long lines at America's second-busiest airport made national news several weeks ago.