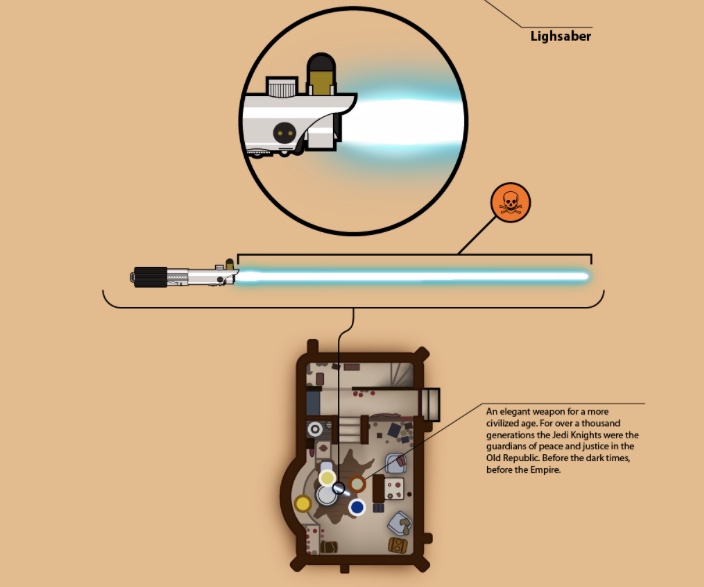 Zurich-based Illustrator and graphic novelist Martin Panchaud created a massive infographic adaptation of Star Wars: Episode IV – A New Hope. If printed, the document would be more than 400 feet long. You might think of it as a visual Star Wars Torah scroll. SWANH.NET