The workhorse of bubble machines 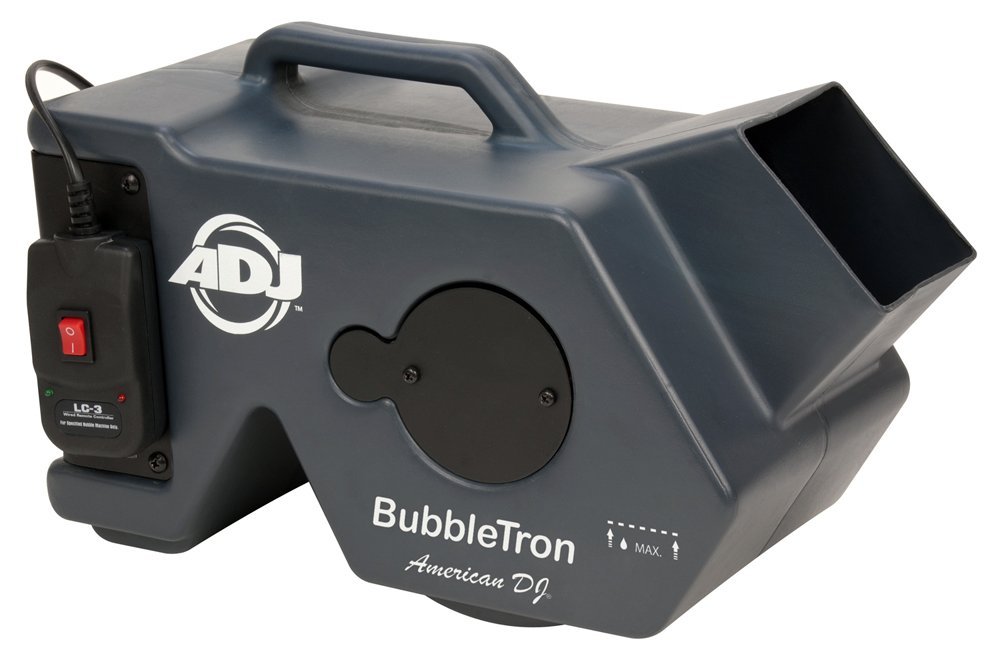 Bubble machines tend to be flakey, touchy things that break a lot. Dan Das Mann, creator of the Funn Machine, the Funn Beast, and now the Funn Pack swears by the Bubbletron.

Designed to be an entire festival-in-a-backpack, the Funn Pack comes complete with lasers, smoke machines, disco balls, and a huge sound system! Nothing impressed me more, however, than the sheer volume of bubbles the thing throws out. Perched a-top Dan's amazing contraption, the American DJ Bubbletron put out hours of uninterrupted bubbles, filling a several thousand square foot roof-top deck with joy!

If you're throwing a party, or a festival, and want to add instant energy, Dan can bring you the Funn. If you just need a bubble machine to fill the air with glistening, soapy fun, go with the Bubbletron!