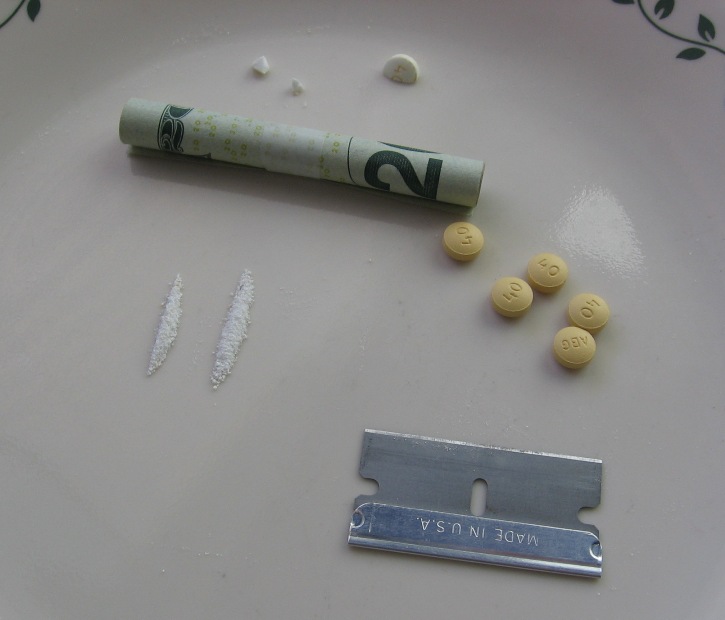 When Purdue Pharma's patent on the MS Contin was close to expiry, the Sackler family who owned the company spent millions trying to find a product that could replace the profits they'd lose from generic competition on MS Contin: the result was Oxycontin, a drug that went on to kill Americans at epidemic scale.

Oxycontin is the result of applying Purdue's tried-and-true time-release technique to another out-of-patent drug, oxycodone (AKA percoset, roxicodone, etc). The plan was to produce an effective painkiller that lasted 12 hours at a time, overcoming the major deficit of drugs like MS Contin in that they had to be taken regularly to be effective. With a 12 hour formulation, the market for MS Contin -- mostly people with terminal cancer -- could be expanded to a wider world of chronic pain sufferers.

But from the earliest clinical trials, it was clear that Oxycontin didn't work for 12 hours in most patients. Purdue massaged the numbers, lobbied the FCC, and got its drug approved as a 12-hour dose of effective pain relief. This led to hundreds of millions in advertising and direct marketing by pharma reps to doctors to prescribed Oxycontin for all manner of long-term pain relief. Billions in revenue followed.

When doctors told their reps that their patients' pain returned in much less than 12 hours, the reps -- and the company's chief doctor -- urged them to increase the dose of Oxycontin (and thus the company's profits), rather than calling for an increased frequency (or another drug). The result was that pain patients took ever-greater doses of a highly addictive drug, but at long intervals that guaranteed excruciating withdrawal symptoms for hours before they were supposed to take another pill. Their doctors then upped their dosage further, leading to even higher highs and lower lows, and more addiction, a black market, and an epidemic of fatal overdoses that continues to resonate through America's poorest communities today.

The Sackler family is richer than ever. Forbes estimates their net worth at $14 billion -- richer than the Rockefellers.

While Purdue’s litigators were working in courthouses around the country to fend off civil suits, its regulatory attorneys in Washington, D.C., made a blunt admission to the FDA: The 12-hour dosing schedule is, at least in part, about money.

The issue arose in a regulatory dispute that attracted little attention. The Connecticut attorney general had complained to the FDA that doctors prescribing OxyContin every eight hours, rather than the recommended 12, were unintentionally fueling black market use of the drug.

In a 2004 letter to the FDA, Purdue lawyers responded that the company had no evidence that eight­-hour prescribing contributed to abuse or was unsafe. They went on to make a case far different than the one Purdue sales reps were making to doctors. Eight-hour dosing, the attorneys wrote, could “optimize treatment” for some patients and should level out the narcotic roller coaster.

Nonetheless, they said the company planned to continue telling doctors OxyContin was a 12-hour drug. The lawyers gave a list of reasons: Purdue hadn’t submitted studies to the FDA to support more frequent dosing, the FDA had approved OxyContin as a 12­-hour drug, and 12-hour dosing was more convenient for patients.

Their final reason: It was better for business.