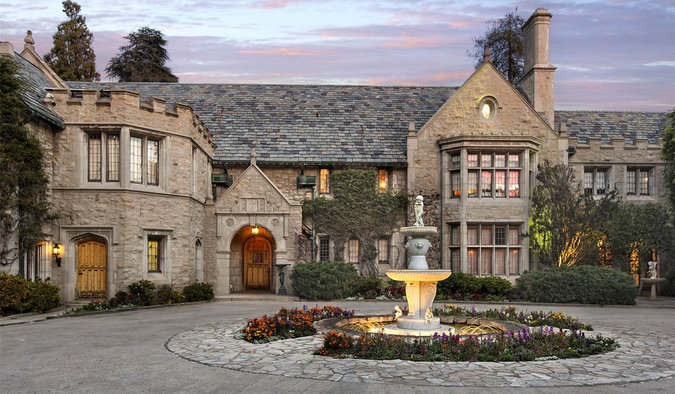 Depending on how much credence you give to "whisper listings," there are between 27 and 50 $100,000,000+ houses on the market; last year, only two houses in that bracket sold worldwide.

The glut of super-duper-ultra-luxury houses on the market worries economy-watchers, who view the oversupply as a bellwether for a housing crash -- the last glut (which wasn't nearly as pronounced as the current one) was in 2007/8.

Brokers say the very top of the market — consisting of eight- and nine-figure homes — is faring the worst as slowing economies overseas and volatile stock markets have spooked buyers. The supply of homes for the rich exploded as builders aimed at the high end after the financial crisis.

Of the 10 most expensive listings in the world, seven are in the United States and four of these are in Los Angeles. The most expensive listing in the world is the $500 million compound being built in the Bel Air neighborhood of Los Angeles by Nile Niami, a film producer and speculative builder. The property will have a 74,000-square-foot main house, a 30-car garage and a “Monaco-style casino.”

In nearby Holmby Hills, a more modest 38,000-square-foot mansion, built by the investor and developer Gala Asher, came on the market in April for $150 million. The ultramodern house, on the prestigious Carolwood Drive, has a 5,300-square-foot master suite and a club level with bar, dance floor, wine room, lap pool, theater complex, beauty parlor and massage rooms. The property also includes several guesthouses and staff housing. The broker, Ginger Glass, said the price of the property was justified.