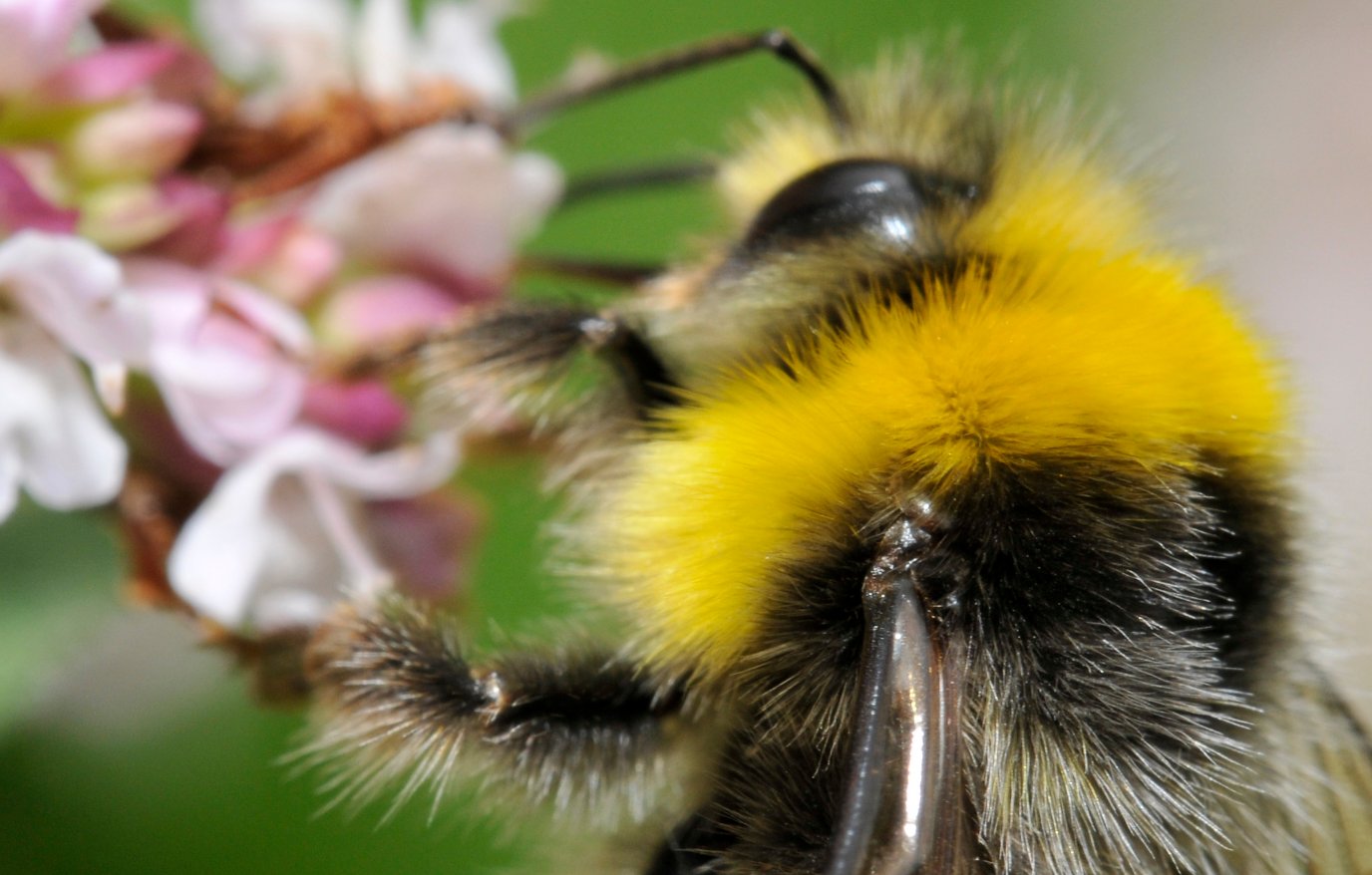 In 2013, Gregory Sutton from the University of Bristol published an important paper demonstrating that bumblebees can sense electricity (his experiment trained bees to associate current in fake flowers with nutrients, and showed that bees preferentially sought out electrified flowers), but now how they sensed it.

Now, in a new embargoed paper in the Proceedings of the National Academy of Sciences, Sutton and his colleagues show that bees sense electricity using the hairs on their bodies.

The say that their future work will attempt to determine the functional purpose for the electricity-sensing ability.

"We used a laser beam that could measure small motions of an antenna or a hair, and that's how we measured how much the air and the antenna moved in response to an electric field," says Sutton.

They also stuck a very fine electrode wire into the nerve at the socket of the bottom of a hair to record the activity of nerve cells there.

"They've got these really fuzzy hairs all over their body, and when they approach something with an electric field, that electric field will bend the hairs on their body," says Sutton. And that bending generates a nerve signal.