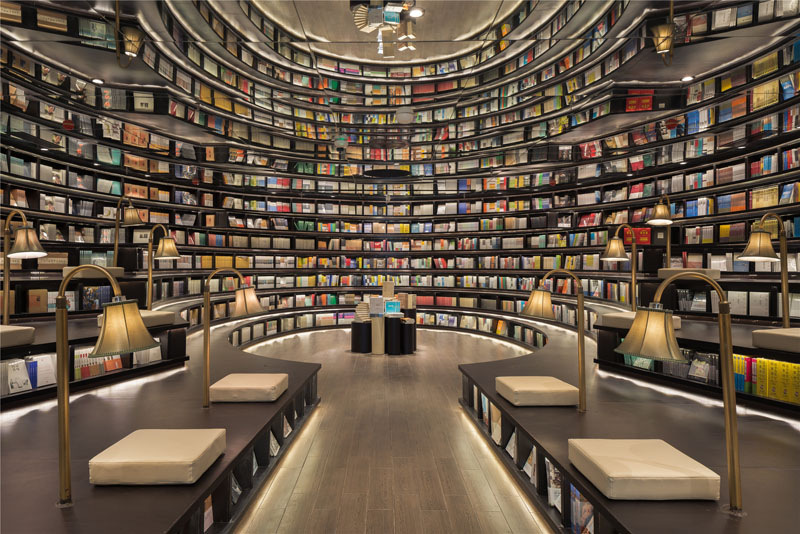 The design includes a children's room where the bookshelves look like fair-rides, a peaceful reading room, and stepped shelves that double as benches, with cushions and lamps, as well as a "forest of mirrors" made of mirrored pillars.

This Unique New Bookstore Is Filled With Optical Illusions
[Contemporarist]