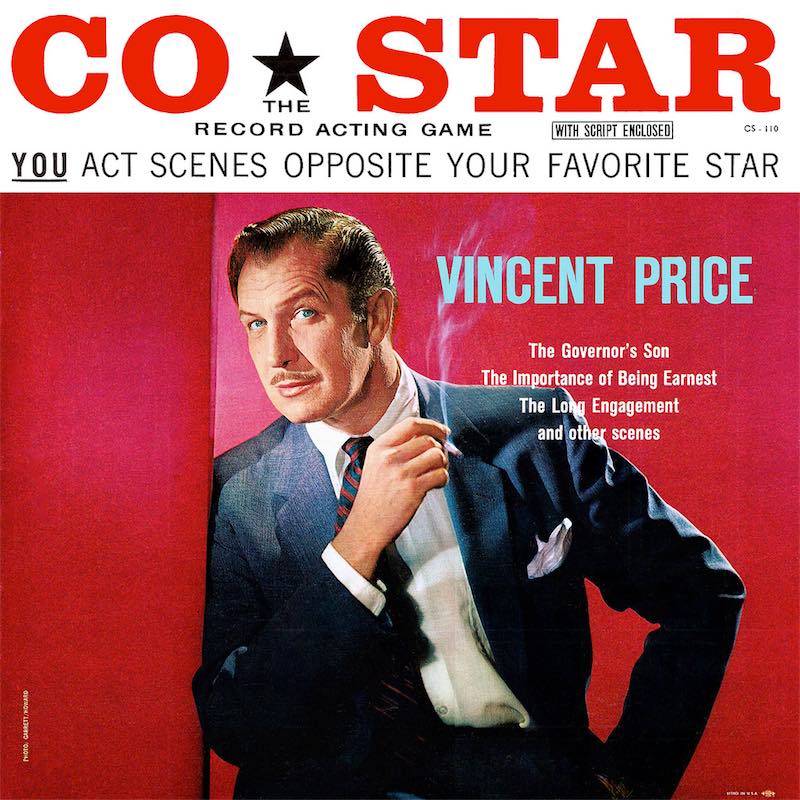 Released in 1957, Co*Star: The Record Acting Game was a series of 15 vinyl LPs with recordings of actors and other celebrities like Vincent Price, Talulah Bankhead, and Don Ameche performing one role in two-character scenes from movies, plays, and novels. Each record contained a script and you were supposed to act opposite the recordings! In 1977, the game's original label Roulette Records reissued the series. They're available used on Discogs for around $4 - $50, depending on the star and, of course, condition.


You can experience the Vincent Price edition right here.


And below is one person's demonstration of the George Raft edition!