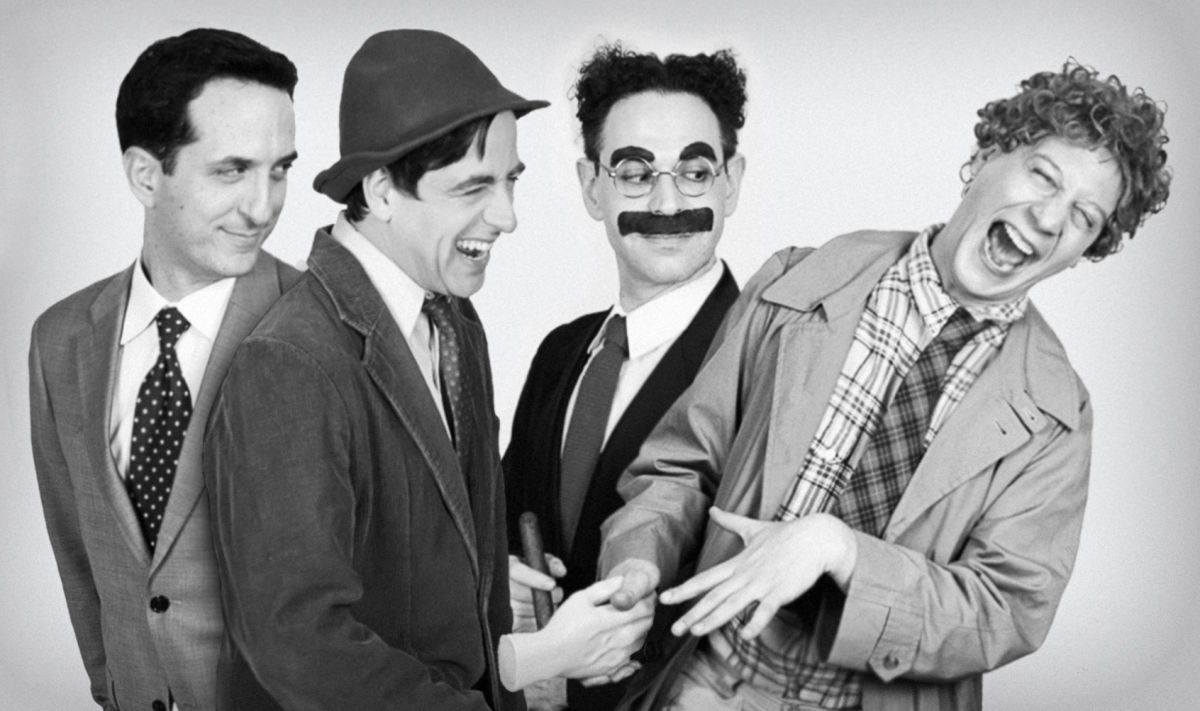 Noah Diamond is a Groucho Marx impersonator, actor and singer whose obsession with the Marx Brothers led him, along with his wife, the director Amanda Sisk, to research "I'll Say She Is," a Marx Brothers stage musical that ran to rave reviews in 1924/5 and has not been mounted since.

Diamond and Sisk unearthed shreds of "I'll Say She Is" to reconstruct the show, from a teaser for "Monkey Business" to a Groucho cartoon special from the 1970s that recreates the play's "Napoleon" scene to a "well-thumbed old draft" of the script that had belonged to Will B Johnstone, a cartoonist who wrote the score while his brother, Tom wrote the music (neither of which were ever recorded).

The revival team mined Youtube for forgotten nuggets of the Marx Brothers' canon over a decade, and assembled a full cast, complete with tap-dancing chorus lines, which they're bringing to the Connelly Theatre on the Lower East Side.

I am a giant Marx Brothers fan, and a Groucho fan above all. I really want to see this -- especially Diamond's Groucho, which is apparently spookily good.

Infatuation ripened into impersonation. Diamond’s Groucho, which he has worked on for almost thirty years and showcased on many occasions, is genuinely uncanny, capturing the subtle truth that Groucho’s voice, far from being a machine-gun wise guy’s, is essentially soft and grainy, rising to its trebly heights only in feigned indignation. (Diamond also makes the interesting point that, while the original Groucho had to project his lines unamplified into a large Broadway theatre, we are now so used to hearing Groucho exclusively through his miked performances, in movies and on television, that he only sounds fully “Groucho” when miked onstage.)

“ ‘I’ll Say She Is’ always haunted me,” Diamond says. The Marx Brothers’ two other Broadway hits—the George Kaufman-penned “The Cocoanuts” and “Animal Crackers”—were adapted into movies while they were still running onstage. “I’ll Say She Is,” though, in its day, at least as famous as the other two, had just passed away: as a revue it had no appealing afterlife for other performers, and, so far as anyone knew, no script of any kind had survived; its score, written largely by the cartoonist and humorist Will B. Johnstone, with music by his brother Tom, had never been recorded.