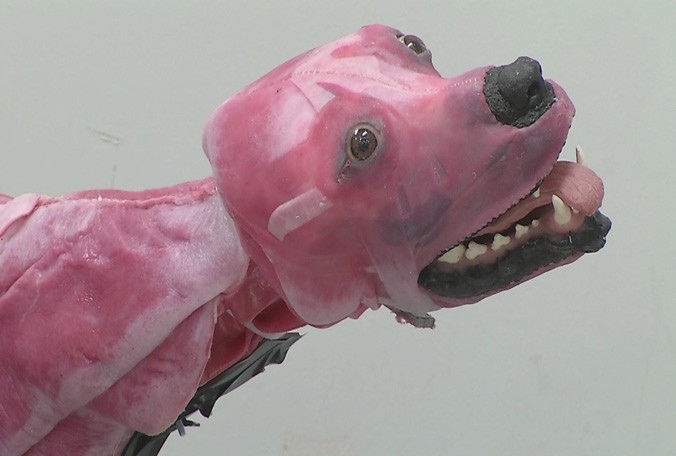 Tampa, Florida company SynDaver Labs, makers of fake body parts for clinical training and studies (as seen on Mythbusters), has developed a synthetic canine to be operated on by veterinary students learning surgery.


"It bleeds, it breathes, it can even die,” veterinarian David Danielson told MyNews13.

The SynDaver faux dog costs nearly $30,000 and the company has launched an Indiegogo campaign to donate the synthetic canines to vet colleges.