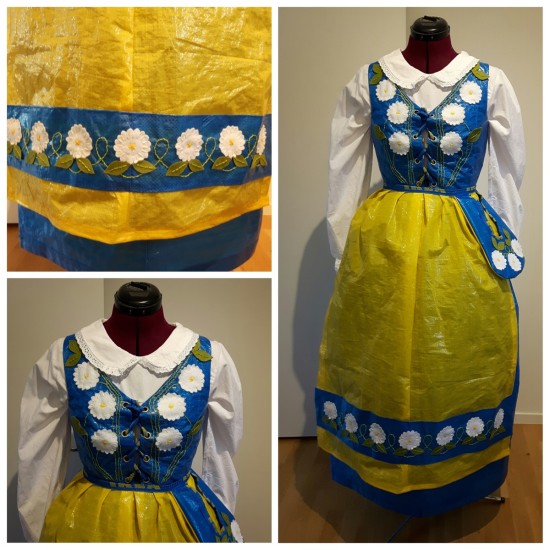 After seeing a picture of the Swedish royals in "folk costumes," she used four blue Ikea bags, one yellow one, and a Ikea Dvala bedsheet to replicate the costume -- she did a brilliant job.

However, as Swedishly Swedish as this is, it needs some kind of fillip to illustrate the sleazy tax avoidance practiced by Ikea's own royal family.

Last Swedish National day I was thinking about what to wear to next year’s celebration. I saw a picture of the royal family in their folk costumes and an IKEA logo picture…

I started thinking of how to sew, it had to be big stitches, and how to get on the flowers and leaves. Another problem was to get a yellow bag… But I got contact with someone at the press office and she sent me some. I searched for examples of ‘real’ Swedish folk costumes and started making it. FUN!