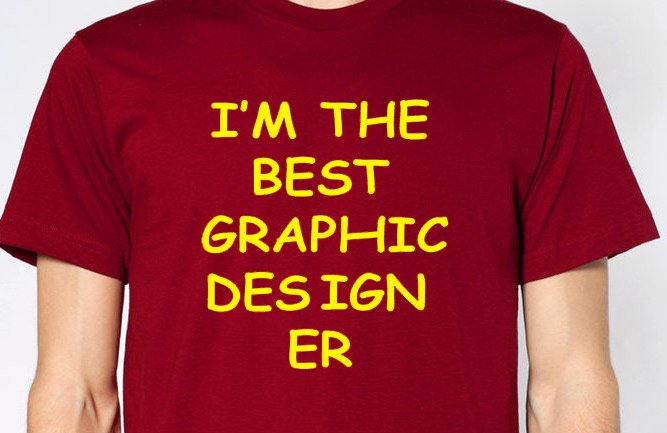 Zoe Quinn's awesome $21 "I'm the best graphic designer" tee has it all: linebreaks, Comic Sans, all caps, weird kerning... Just the thing to break the hearts of your designer pals!