What Trump University tells us about how to make Trump sweat 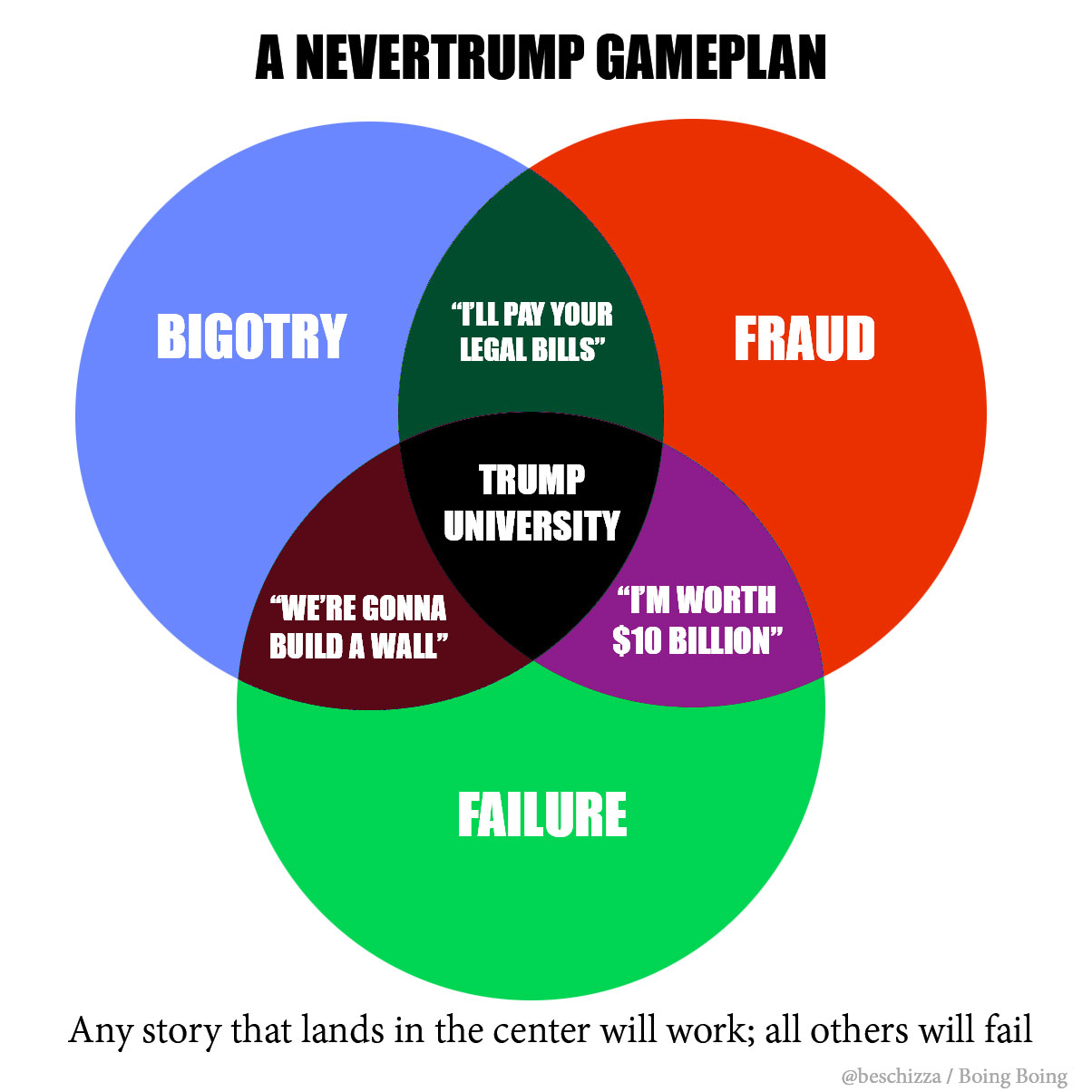 Trump's voters don't care that he's racist or sexist. They don't care if he's really a billionaire or if he fudges his taxes. And they don't care if something he's blathering on about is impossible or went out of business years ago. But when an issue comes up that connects all three of these supposed weaknesses—his frauds, his bigotry and his failures— magic happens.

Trump University and The Mexican Judge is exemplary, a story so strong that it's not only hurting Trump but any Republican dumb enough to open his mouth to try and parse it for him. A fraudulent shakedown that failed in the marketplace, Trump University punctures both his business credibility and his ego. But two out of three ain't enough. They exploded, though, when a third element—a "Mexican" judge—allowed those two factors to make contact with his racism.

On the other hand, imagine a sort of fourth dimensional space outside the Venn diagram where all three factors are negated completely and it is conceptually impossible to hurt Trump at all. Think insults, cute nicknames, appeals to authority, that sort of thing. That's probably where Hillary will spend the next six months. Sad!