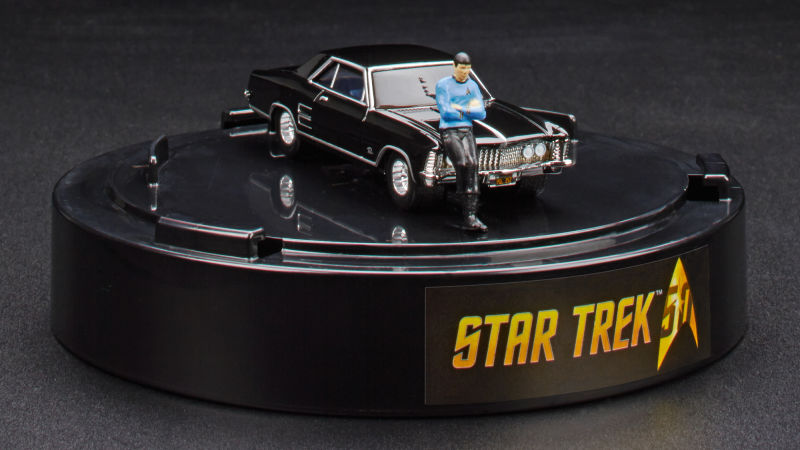 The classic photo of Leonard Nimoy in Spock costume leaning on the 64 Buick Riviera he bought with his Star Trek earnings will be immortalized in dinkycar, thanks to the good offices of the Hot Wheels Corporation.

The limited-edition car-and-figurine combo will cost $20 and go on sale at Matty Collector when San Diego Comic-Con starts.