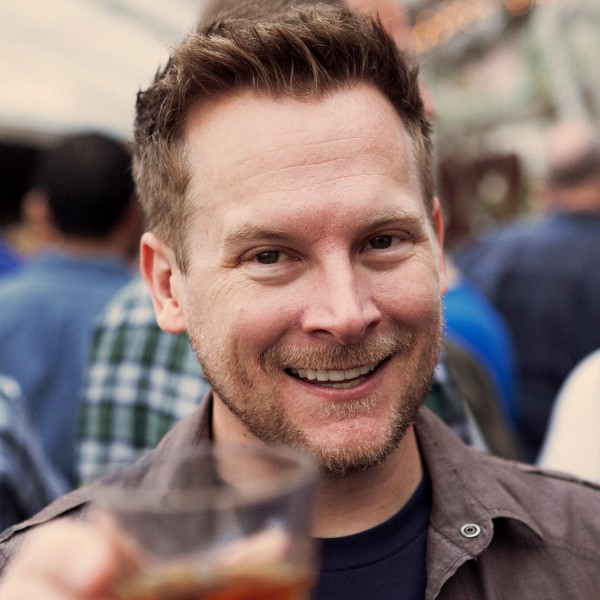 Brian Brushwood is is the creator and host of over 400 episodes of Discovery’s Scam School, with over one million subscribers on YouTube. In 2015, his first full season of Hacking the System debuted on the National Geographic Channel (now available on Netflix). Brian has performed thousands of live stage shows (appearing in every state in the continental US), headlined 3 years at Universal Orlando, and recorded two Billboard #1 comedy albums with his “Night Attack” co-host, Justin Robert Young.

“One of the most important tools in my entire career has been the Southwest Airlines Rapid Rewards program. Everybody's got their own frequent flyer mileage program, but Southwest Airlines is unique, because if you hit a certain level you get to have a second person that you designate as your companion pass holder and everywhere you go that person gets to go for free. Southwest Airlines has a very, very generous baggage policy. Right now, if you were to book me for a stage show, I would book a single person ticket just for me that would include me and, of course, my carry-ons, but also, thanks to the companion pass, I would be able to bring an assistant and all of us would have four 50-pound trunks that we'd be able to fly for free. Whereas normally travel alone would be like $(removed),000 or $(removed),200, we're able to come out to Albany, New York, we could do a show on a Friday night and it only costs us $(removed) total."

"One of the weird parts about being a content producer in a new media age is that you not only have to create the media, but you have to figure out a way to monetize it. … An important part that I think a lot of people neglect or at least neglect to optimize is the retail side of things. … The problem, of course, is when you ship T-shirts or whatever it is that you're selling, if you were to get 10,000 orders at once, it's obviously a big bummer when you're the one who's asked to stuff a bunch of T-shirts into mail packages. … [With Rakuten Super Logistics] all of a sudden, we were in a position to where now, when we woke up in the morning and there was a bazillion orders we were able to say, "Cool. That's someone else's problem, not ours.” … Basically you stop playing the game in terms of tomorrow I have to send out so many items and I have to picture them in my hands or whatever. Instead, it becomes an abstract idea and you realize you're playing, essentially, a roller coaster tycoon only with items that you happened to label and come up with names for and marketing. … That ability to pull yourself out of the equation, the ability to look at everything from a thousand meters up is incredibly valuable as far as making the smartest decisions for reaching out to your audience.”

"I was utterly astonished with how powerful this was. Let's say you wanted to make a deck of cards. The way you would do it is by hiring an artist, describing all the things you want and then they show up with some comped up designs. Then you would explain why this isn't really what you wanted and then they would argue with you for a long time. Then eventually you'd write them a check anyway. The beauty of 99designs ... Every morning you wake up and you get some of the most talented artists and graphic designers on the planet putting together concepts and ideas for you to decide whether or not you like them. There were so many ideas that I was like, "Well, yes, I'd be perfectly happy with this, but I'm seeing something even more awesome." You get to pick the winners and then out of those winners, we were able to say, "Hey, we loved your design for the back, for the box, the best. We'd also like you to design the face cards, we'd like you to design this.” At that point, you know who speaks your language. You know who you're going to connect with conceptually. Once you get to that point, it's amazing how easy and excited you can get about following things through to completion.”

"All of my previous picks have been these high-minded things. There is one thing, though, that I loved before any of this other stuff happened. That is the Swiss Tech Utili Keys. Swiss Tech Utili Key is a 6-in-1 multitool. It looks like a key that just sits on your key chain. That's important, if you're somebody who travels a lot because it means that the TSA may or may not be inspecting those and may or may not notice whether or not it goes through. Basically, it's a key that splits in half, bisect the key vertically and imagine grabbing the two legs of it and splitting it open. When you split it open you have a straight edge, you have a serrated edge, you have a Phillips head screwdriver, a flat head screwdriver, an eyeglass screwdriver and a bottle opener, a 6-in-1 tool that sits on your key chain. … In my last 15 years only once has it ever been confiscated. That's the best part. It's like $(removed) or $(removed) a piece, it's like whatever, just get it confiscated once every 10 years."