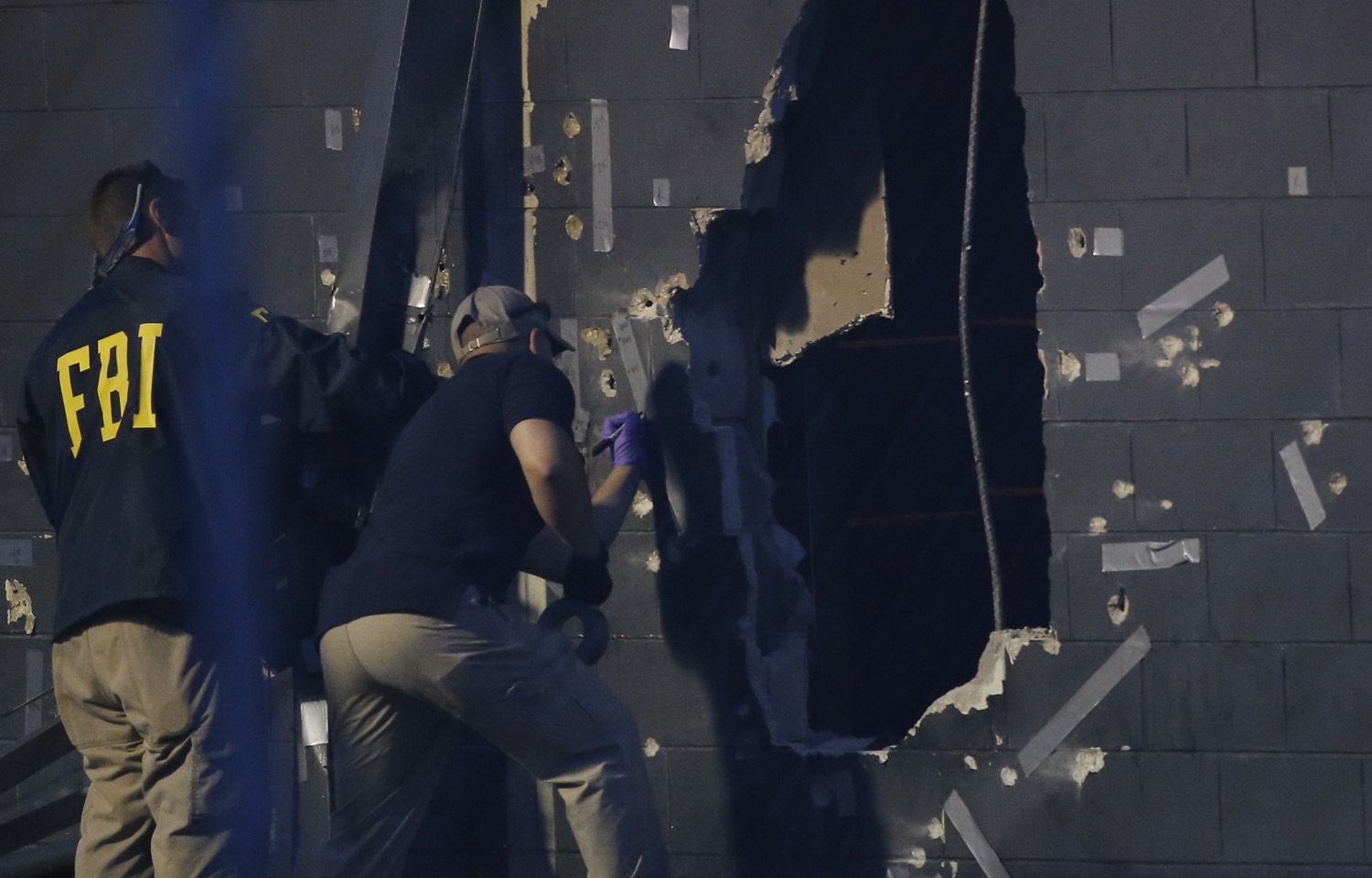 Police forensic investigators work at the crime scene of a mass shooting at the Pulse gay night club in Orlando, FL. June 12, 2016. REUTERS

The shooter who killed 49 people at a gay-friendly bar in Orlando, Florida had been on the FBI's radar for three years.

In 2013, some of Omar Mateen's co-workers reported that Mateen boasted of links to terrorists overseas, saying “he hoped that the F.B.I would raid his family’s home so that he could become a martyr,” reports the New York Times.

Based on that report, the FBI opened an investigation and put him on a terrorist watch list for about a year. He was not arrested.

The Times reports that a second investigation centered around his possible ties to a bombing in Syria. He was not arrested.

When a young American man from coastal Florida drove a truck packed with explosives into a hilltop restaurant in Syria in May 2014, F.B.I. agents scoured his online postings and interviewed his contacts in Florida in a scramble to determine who, if anyone, might try to launch a similar attack inside the United States.

One of the people they spoke to was Omar Mateen, a young security guard from a nearby town who had attended the same mosque as the suicide bomber and had been on a terrorism watch list for incendiary comments he once made to co-workers at a local courthouse. But the F.B.I. soon ended its examination of Mr. Mateen after finding no evidence that he posed a terrorist threat to his community.

Violence and Contradictions on the Path to a Gay Nightclub [NYT: MARK MAZZETTI, ERIC LICHTBLAU and ALAN BLINDER]