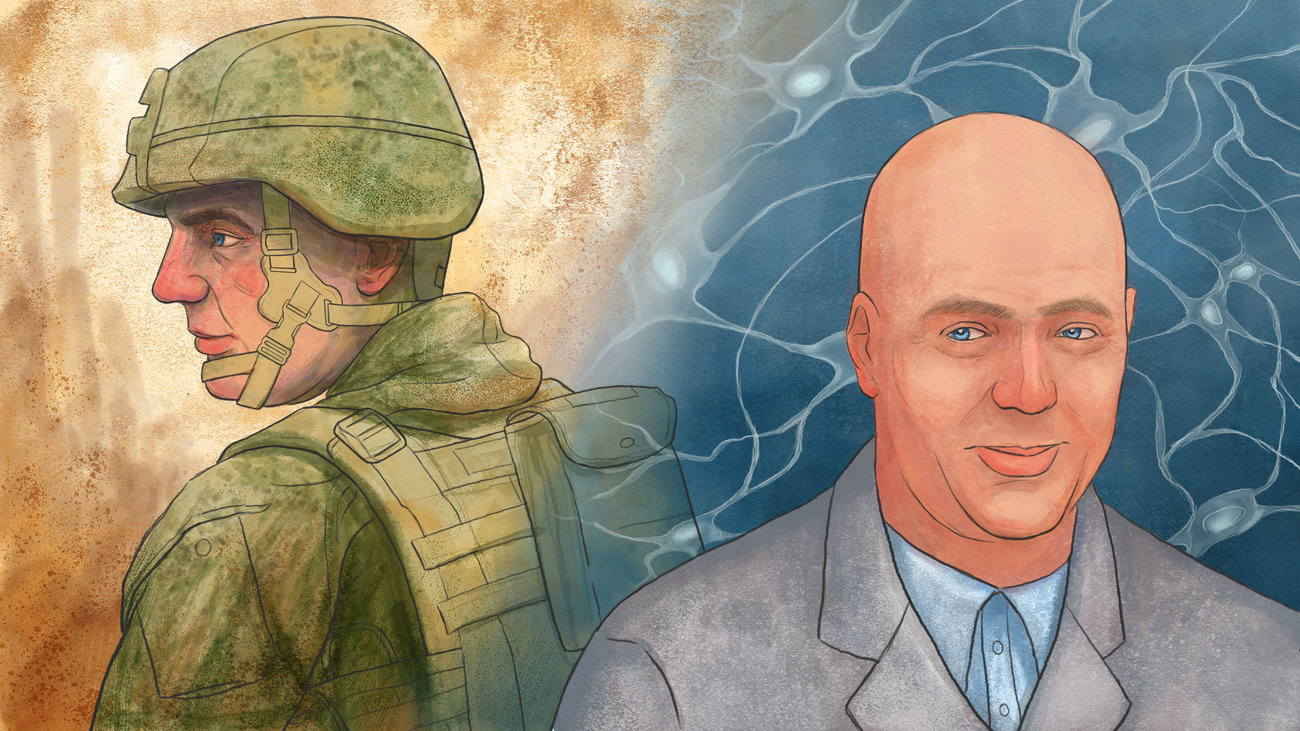 The first in a series of NPR reports online and on-air about Traumatic Brain Injuries and the military is a must-listen.

Kit Parker’s mission to explain invisible brain injuries began with a call from an old Army buddy. Parker’s friend had been patrolling in an armored vehicle in Iraq, when an improvised explosive device went off nearby. Now something was wrong, his friend couldn’t sleep; he frequently lost his train of thought. Parker, a Harvard biophysicist and an officer in the Army Reserve, knew his friend’s brain wasn’t right, but aside from a ruptured eardrum, there was no sign of damage. How did the blast hurt him? Why couldn’t he think straight?

In a long-form piece, NPR’s Jon Hamilton has the story of how Parker used his scientific know-how and experience as a soldier to piece together the mystery of Traumatic Brain Injury (TBI). Hundreds of thousands of U.S. troops in Iraq and Afghanistan have sustained at least one of these injuries, which can impair thinking, memory, and emotional stability. But because even brain scans couldn’t usually detect TBIs, they were largely ignored by the military until recently. Hamilton’s piece tells the story of a researcher obsessed with TBI, and how what he found changed the military’s thinking on brain injury forever.