Make smoked ice-cream by putting cream in a smoker 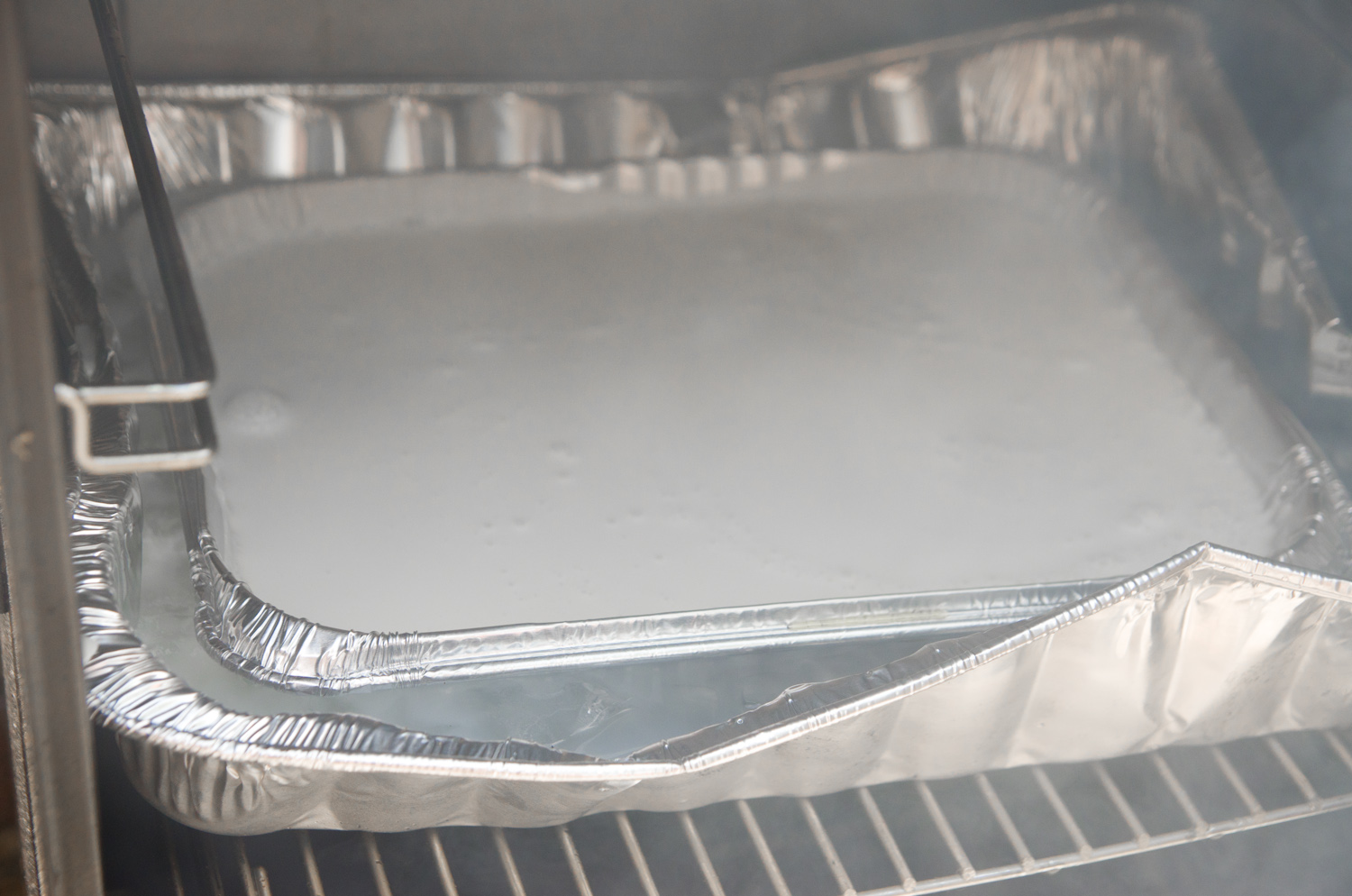 You put the cream in one shallow pan, and stick that in another one that's been filled with ice and water to make an icebath, fire up the smoker and let it sit for about 90 minutes.

90 minutes later, your cream has thickened a little through evaporation, but the real magic is the infusion of smoky, delicious flavor that will carry over into other dishes, from the savory to the sweet -- especially ice-cream. Serious Eats recommends trying ripe fruit (peaches, plums, and bananas) as well as chocolate, caramel and nuts, or try it with vanilla and muscavado sugar. Their top recco: smoked honey mint chip.

I think it would also be delicious without any sweetener, in a savory ice-cream to be served as a starter on a hot summer night, say, with pulled pork or even spinach and garlic.

One possibility is a smoky vanilla ice cream made with muscavado sugar, a type of brown sugar with a deep caramel, almost scorched flavor. Smoke acts as an incredible flavor enhancer for the muscavado and vanilla adds sweet floral lift for balance. Serve this ice cream with a berry cobbler or a slice of gingerbread.

But my favorite use for smoked cream, and one of my favorite ice creams ever, is this smoked honey mint chip. Few things taste better than cream steeped with a fat bundle of mint leaves, and mint goes surprisingly well with a hint of smoke. Honey adds a deep, almost juicy sweetness, and a bridge between the fresh mint and rich smoke. This isn't a mint chip for every occasion, but to my mind that just means we need more occasions for smoked honey mint chip.

The Best Sweet Use for Your Smoker? Smoked Ice Cream
[Max Falkowitz/Serious Eats]