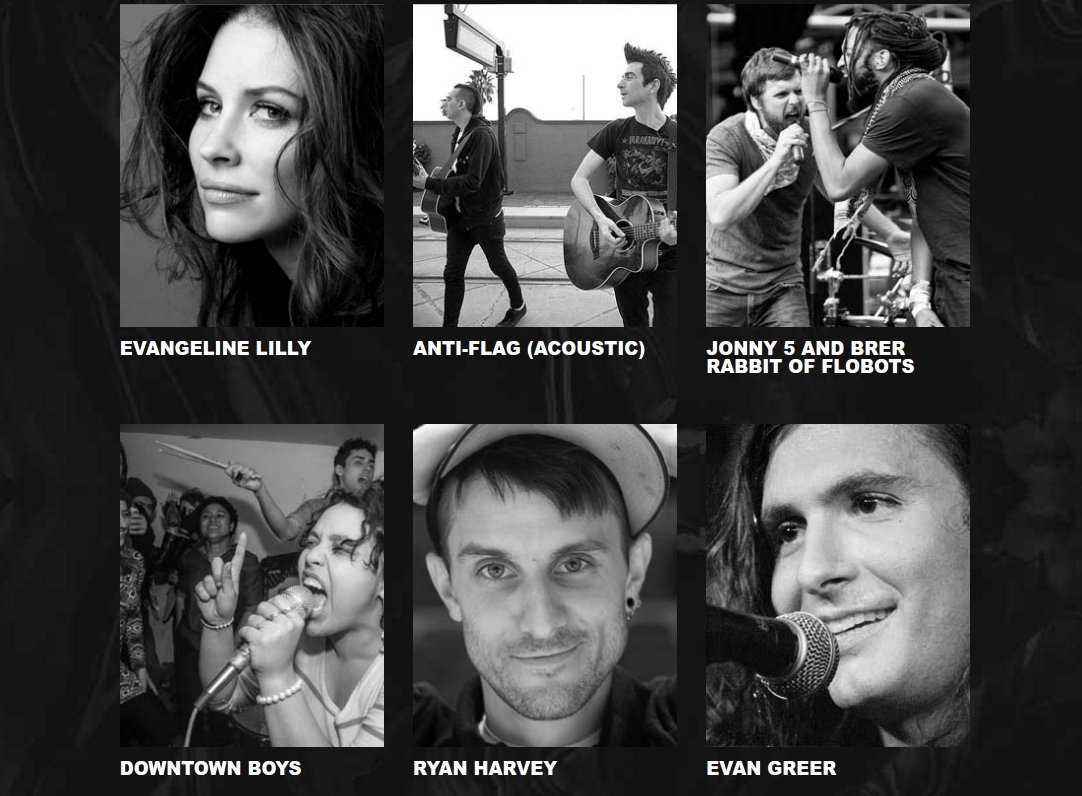 Evan from Fight for the Future writes, "The Trans-Pacific Partnership (TPP) is a massive, secretive deal that poses a serious threat to human rights, the environment, and your Internet freedom. But one of the biggest problems with it is that too many people still don't know what it is or why it's so dangerous."

"That's why Fight for the Future is teaming up with legendary guitarist Tom Morello (of Prophets of Rage, Rage Against the Machine, and Audioslave), Golden Globe nominated actress Evangeline Lilly, and an all-star lineup of other musicians and celebrities to launch the Rock Against the TPP roadshow, a nationwide series of large-scale concerts, protests, and teach-ins to stop the TPP in its tracks. The tour kicks off in Denver on July 23rd, with more dates to be announced soon. Check out https://www.RockAgainstTheTPP.org to take action and learn more!"

Rock Against the TPP