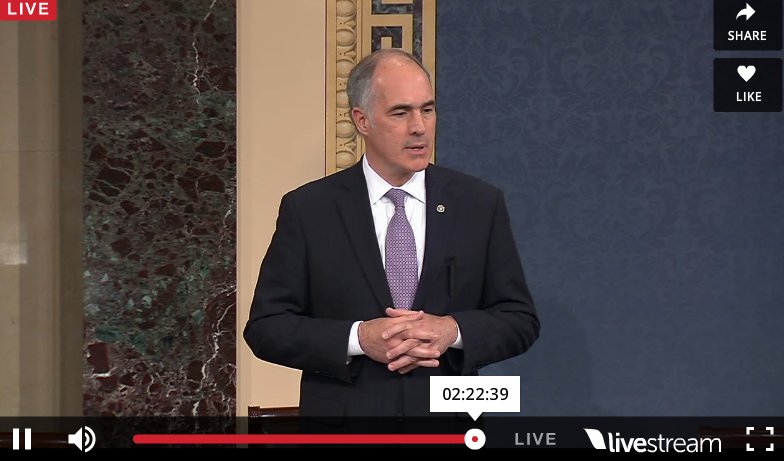 Sen Chris Murphy [D-CT] and colleagues are attempting to push an amendment to a spending bill that would require background checks on gun sales and exclusion of terror suspects from sales.


They're filibustering, trying to run out the clock on the spending bill unless the GOP senators accept the amendment. Unlike other filibusters in which politicians read phone-books or children's literature into the record, the senators backing the amendment are talking solidly about the issues of background checks, gun violence and gun control.