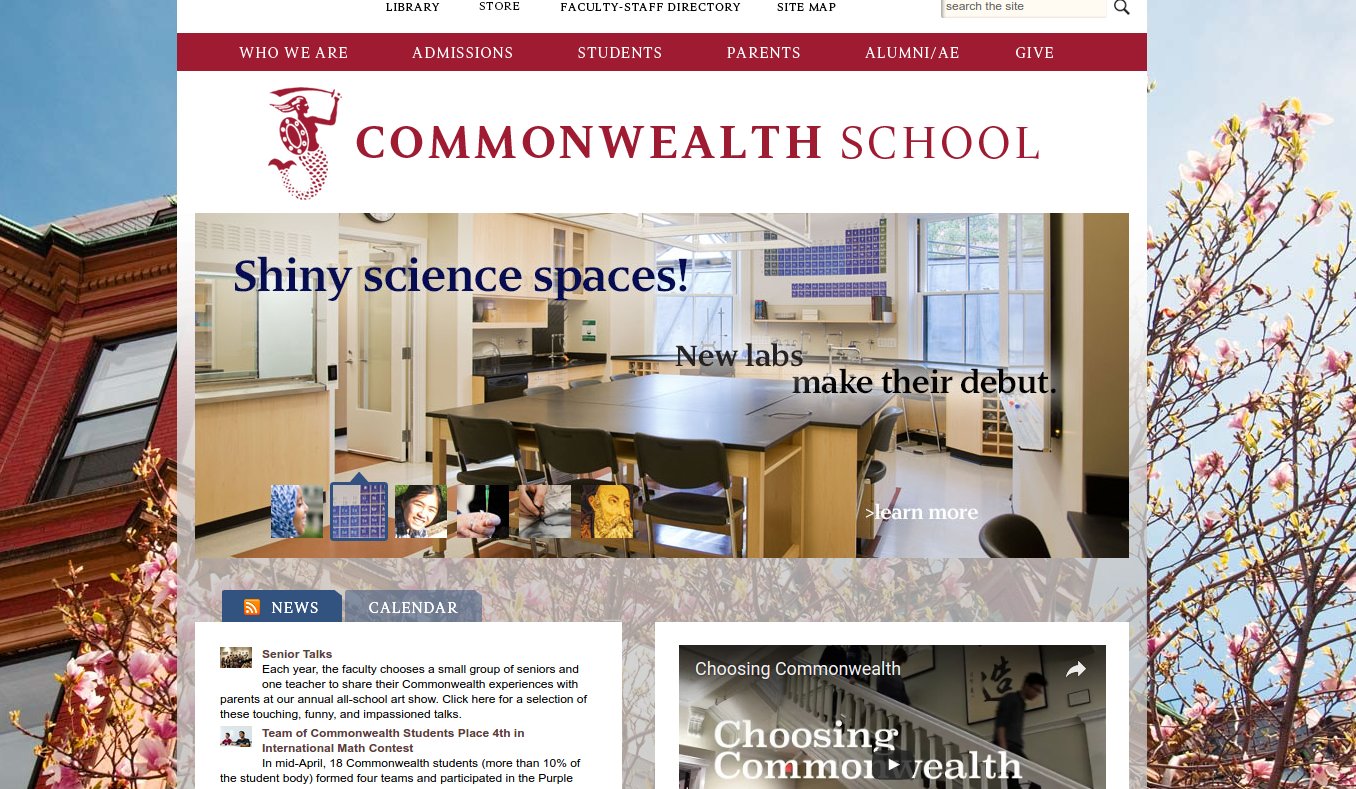 But the realpolitik of litigation means that the Commonwealth School can almost certainly outspend and outlast the Commonwealth Academy, unless a bunch of people who could be more usefully funding education for poor kids instead raised a litigation slushfund to fight the case. As there's no guarantee that the Academy would recover legal costs when/if it prevailed, this should be considered money down the law-hole, no matter what the outcome.

The Commonwealth School in Boston receives four or five applications for every open seat, Wharton said, and requires an admission exam and interview. The Commonwealth Academy in Springfield, on the other hand, never turns away a student, according to the academy’s website.

The institutions’ demographics also differ. Minorities make up 97 percent of the Springfield school’s student body, Foley said in the e-mail included in court filings; at the Boston school, 28 percent are minorities.

And the Boston school charges more for two students than the Springfield academy charged all 60 who enrolled there last year. For all those students, the academy took in only $70,000 in tuition, Foley said in the e-mail.

A spokesman for the academy said students pay what their families can afford, and the rest comes largely from private fund-raising.