Jellyfish: A Natural History – A luscious book about our ocean's brainless, heartless creatures 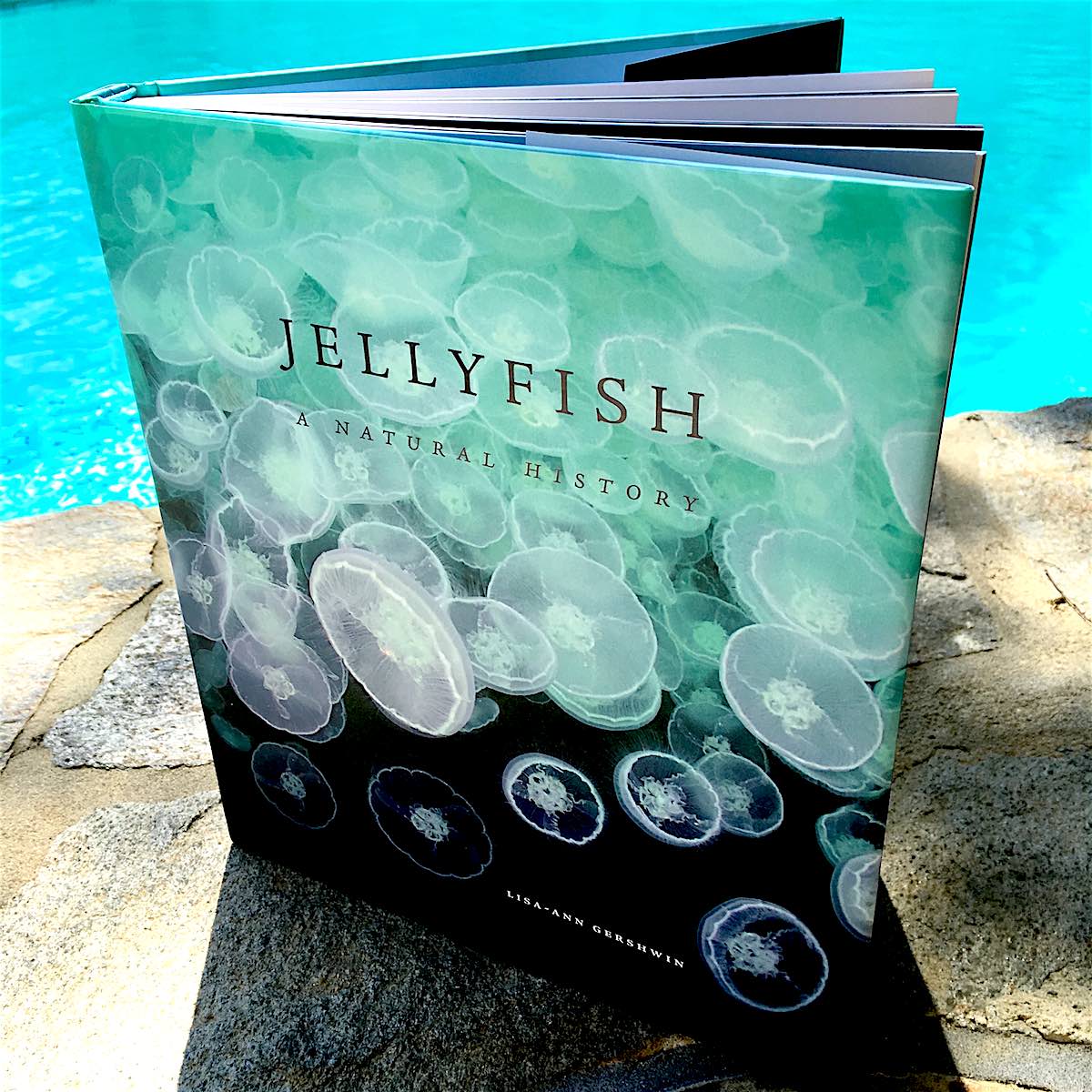 Five interesting facts I read in the just-released Jellyfish: A Natural History:

1. The deadly box jellyfish is the world’s most venomous animal, and its sting feels like “a splash of boiling oil, searingly hot and indescribably painful.”

2. The immortal jellyfish is just what it sounds like – its cells keep regenerating so that it forever cycles from baby to adult back to baby again.

3. Recently, jellyfish blooms – or swarms – have become denser, are covering much larger areas than ever before, and are “lasting far longer than normal,” due to climate change.

4. Jellyfish can clone themselves, but the replica is so different from the original that it ends up being classified as a separate animal.

5. The giant heart jelly can grow to 165 feet, longer than a blue whale.

And this is nothing. Every page of text in Jellyfish has facts as fascinating as these, woven into a thorough coverage of jellyfish history, biology and ecology. Author Lisa-ann Gershwin, a marine biologist who has discovered over 200 new species of jellyfish, does an excellent job of combining a compelling narrative of 50 different jellyfish with luscious, I-can’t-believe-they’re-real photos. Put this book on your coffee table with caution – you might lose your guests as they submerge themselves into a book that’s as exotic as it is absorbing.

Scroll your way to the bottom of the ocean. The deeper you go, the weirder the creatures become, with names to match: headless chicken fish, zombie worm, cosmic jellyfish, stoplight loosejaw, faceless fish.

https://www.youtube.com/watch?v=N-EgG7eS9wk This intense slow-motion video, depicting an electric eel jumping from a tank to zap a faux alligator head, accompanies a new scientific paper by Vanderbilt University biologist Kenneth Catania. From Nature: Catania first spotted the behaviour during earlier laboratory experiments with electric eels (Electrophorus electricus), when they would leap upwards to attack a metal-rimmed […]

Ocean photographer Tim Samuel captured these startling photos of a fish swallowed by a jellyfish off Byron Bay, Australia’s Pass Beach. “(The fish) seemed to be struggling a little bit, as it would swim around, it would try to swim in a straight line but the jellyfish would knock it off course, would send it […]