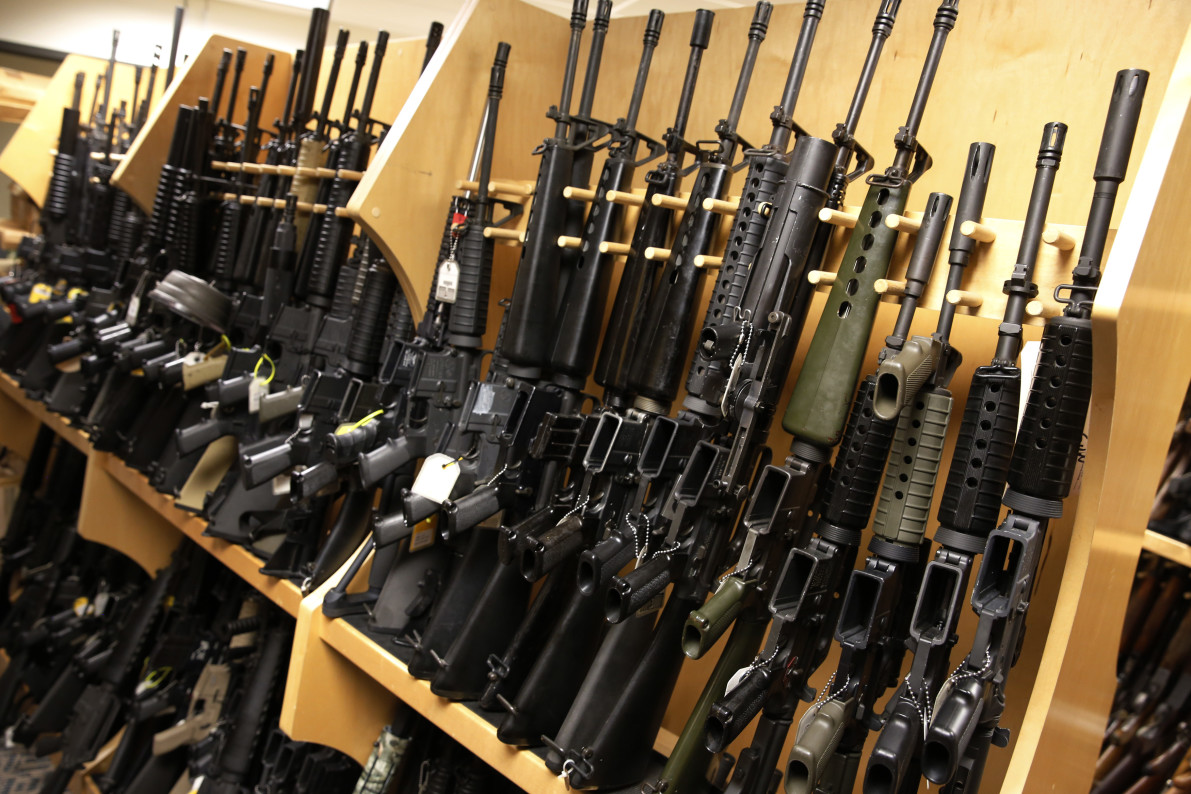 Raso identifies himself as a “Patriot, Athlete and Navy SEAL.”

“I guarantee if the Founding Fathers had known this gun would have been invented, they wouldn’t have rewritten the Second Amendment, they would have fortified it in stone,” Raso says in the video.

“Because they knew the only way for us to stay free was by having whatever guns the bad guys have. This firearm gives people the advantage they so desperately need and deserve to protect their life, liberty, and happiness.”

Raso adds that defending yourself and your family with an AR-15 is a “common sense choice.”

The kicker: “Embrace your freedom. Buy one if you want to.”

Early reports on the Orlando mass shooting, including our own here at Boing Boing, said Omar Mateen shot the Orlando victims with an AR-15. That was not correct, as reports after the NRA video was released have made clear. Mateen used an assault weapon, a SIG Sauer MCX semi-automatic rifle, and a 9mm Glock 17 semi-automatic pistol.

Days after a gunman used an assault weapon in a terror attack that killed 49 people and wounded 53 others, the National Rifle Association released a video urging Americans to buy assault weapons to protect against terrorists and other threats.

According to the NRA video, Americans should buy assault weapons to “protect their life, liberty, and happiness.”

During the early morning hours of June 12, a gunman launched a terror attack at Pulse, a gay nightclub in Orlando, FL, killing and wounding dozens before he was killed by law enforcement. According to law enforcement, the gunman used a Sig Sauer MCX assault weapon.

On June 15 the NRA directly responded to the Orlando attack with the release of an NRA News commentary video called “The AR-15: Americans’ Best Defense Against Terror and Crime.” Sig Sauer is a sponsor of NRA News program “Defending Our America.” Numerous NRA corporate donors, including Sig Sauer, sell AR platform assault weapons.