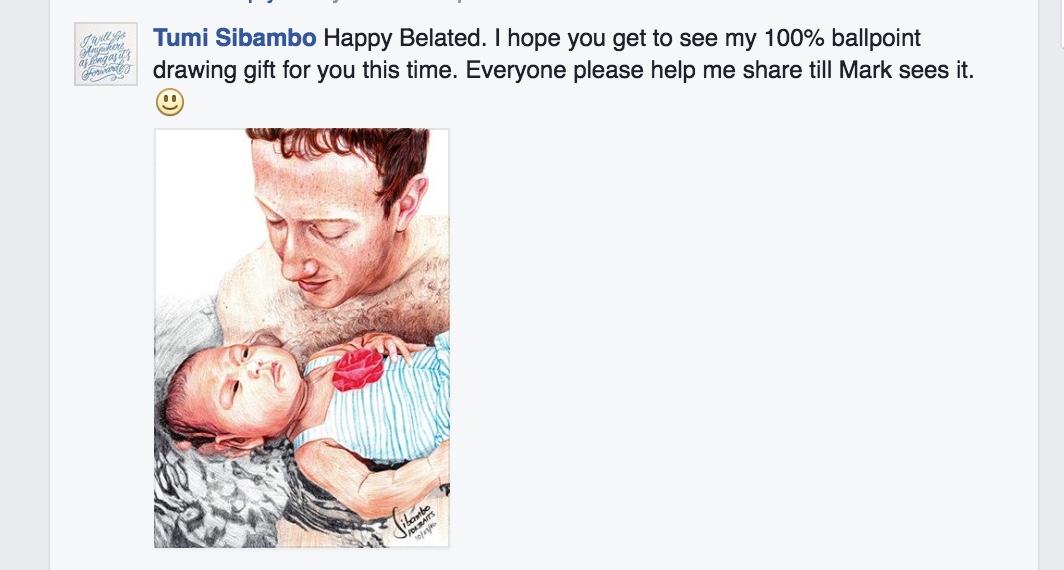 Some of Mark Zuckerberg's truefans are so appreciative of their hero that they create art in his honor and post it to his Facebook timeline. (via Gizmodo)