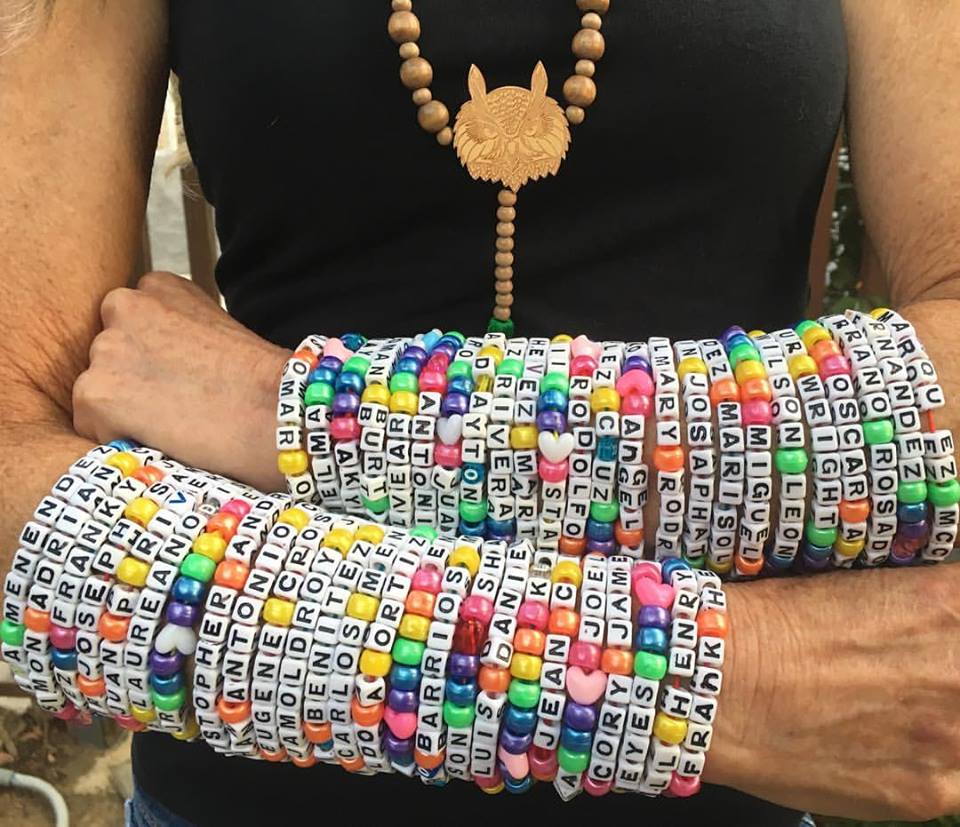 Everyone processes grief differently. One attendee at this year's Electric Daisy Carnival wore these fabulous kandi bracelets "honoring the 49 lives taken at Pulse." Orlando nightclubs were packed with defiant crowds.

In addition to attending somber vigils, many felt the best way to honor those killed and injured would be to march in Pride parades and take to clubs and streets to show solidarity and strength.

Instagrammer juliaseashell posted this creative and cool way to show that life and diversity are things to celebrate.

The official GoFundMe for the Pulse shooting shattered all records for fundraising on their site, so please consider pushing that number even higher!