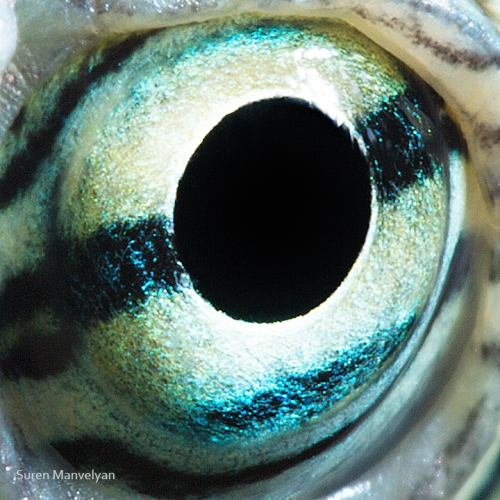 Photographer Suren Manvelyan continued his series of stunning closeups of eyes by focusing on non-humans. Above: Red-eared turtle. Below, a Fennec fox and a raven.