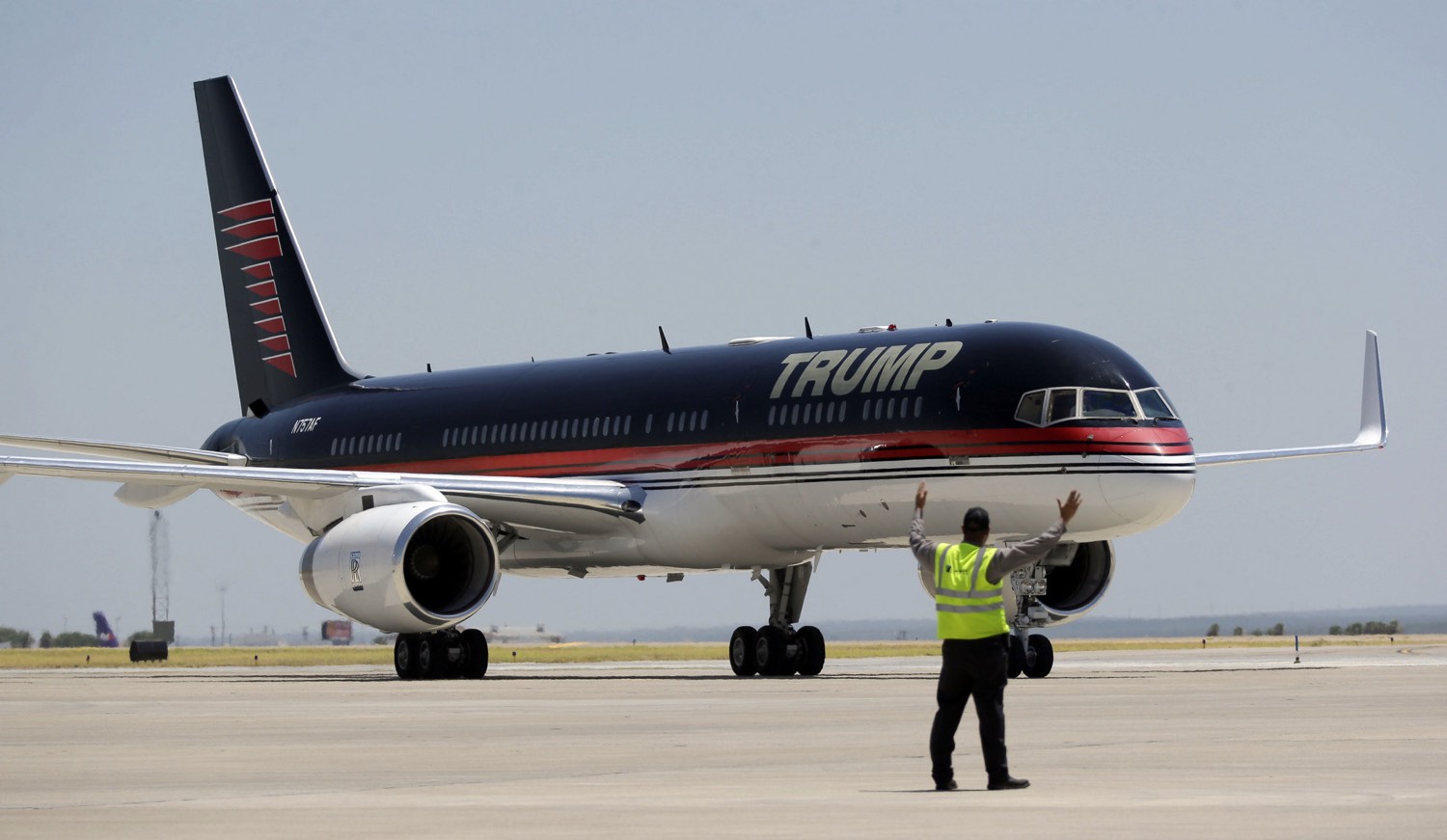 When billionaires like Michael Bloomberg and Steve Forbes get into politics, they firewall their own companies off from their campaigns, demonstrating a basic care about the appearance of conflict of interest -- not so Donald Trump, who rents himself office space, sells himself private jet time, and supplies water, booze, and country club ballrooms.

All in all, over $6,000,000 in campaign expenditures so far have been made to Trump companies, and more have been made with companies entangled with his immediate family (for example, he bought $4.7M worth of made-in-China "Make America Great" merch from Ace Specialties, a company owned by a board member of his son's "charitable foundation").

With the Trump campaign almost out of money, he's starting to beg his faithful for cash, which will doubtless funnel back into his own pockets. In addition, he's loaned his campaign $46M, which he is permitted to pay back with donor funds (though he claims he won't do this).

"Why would donors give money when the first dollars go to help a billionaire buy products from his own company?" Spies asked.

The biggest payment to a Trump company is $4.6 million to TAG Air, the holding company of his airplanes.

His campaign headquarters is at Trump Tower in New York. The campaign has paid about $520,000 in rent and utilities to Trump Tower Commercial LLC and to Trump Corporation.

For events, he often uses his own properties. The campaign paid out $26,000 in January to rent a facility at Trump National Doral, his golf course in Miami. He'd held an event in the gold-accented ballroom there in late October. The campaign spent another $11,000 on Trump's hotel in Chicago.

Even refreshments have a Trump tie.

About $5,000 from the campaign went to Eric Trump Wine Manufacturing LLC, which offers Virginia wines bearing the bold letters of Trump.