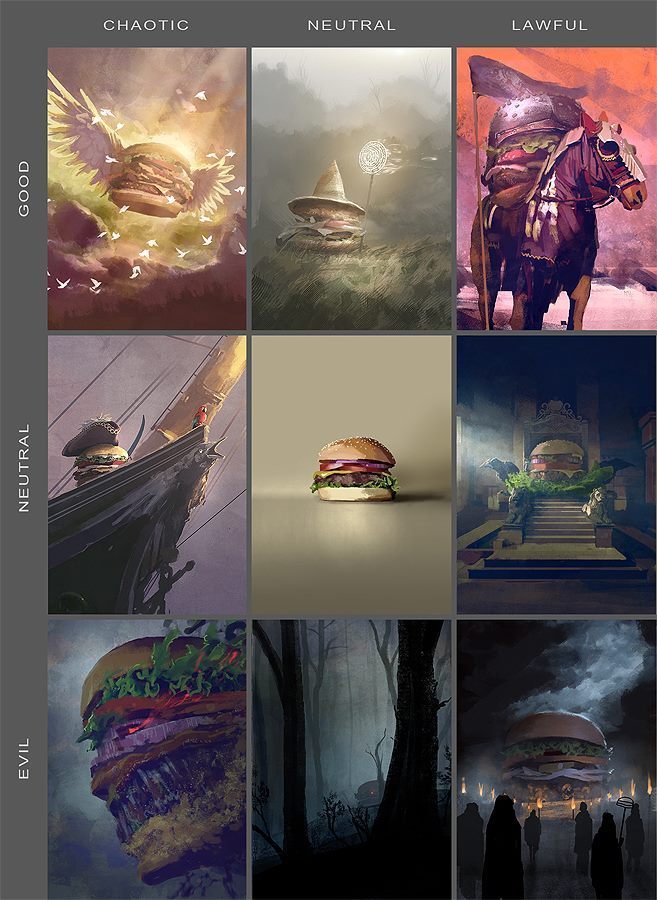 There are some things in life you think you'll never do.
For me, one of those things was painting a portrait of a neutral evil cheeseburger lurking in a gnarled swamp.
Then I started hanging out at the Storm Crow Tavern, and things changed.
Now they're opening a new location, the Storm Crow Alehouse, where you can roll a burger like you would a D&D character.
It comes with a little character card for each alignment, I did a painting for each one.
That's right; I painted nine D&D burgers.
Three words: sesame seed helm.