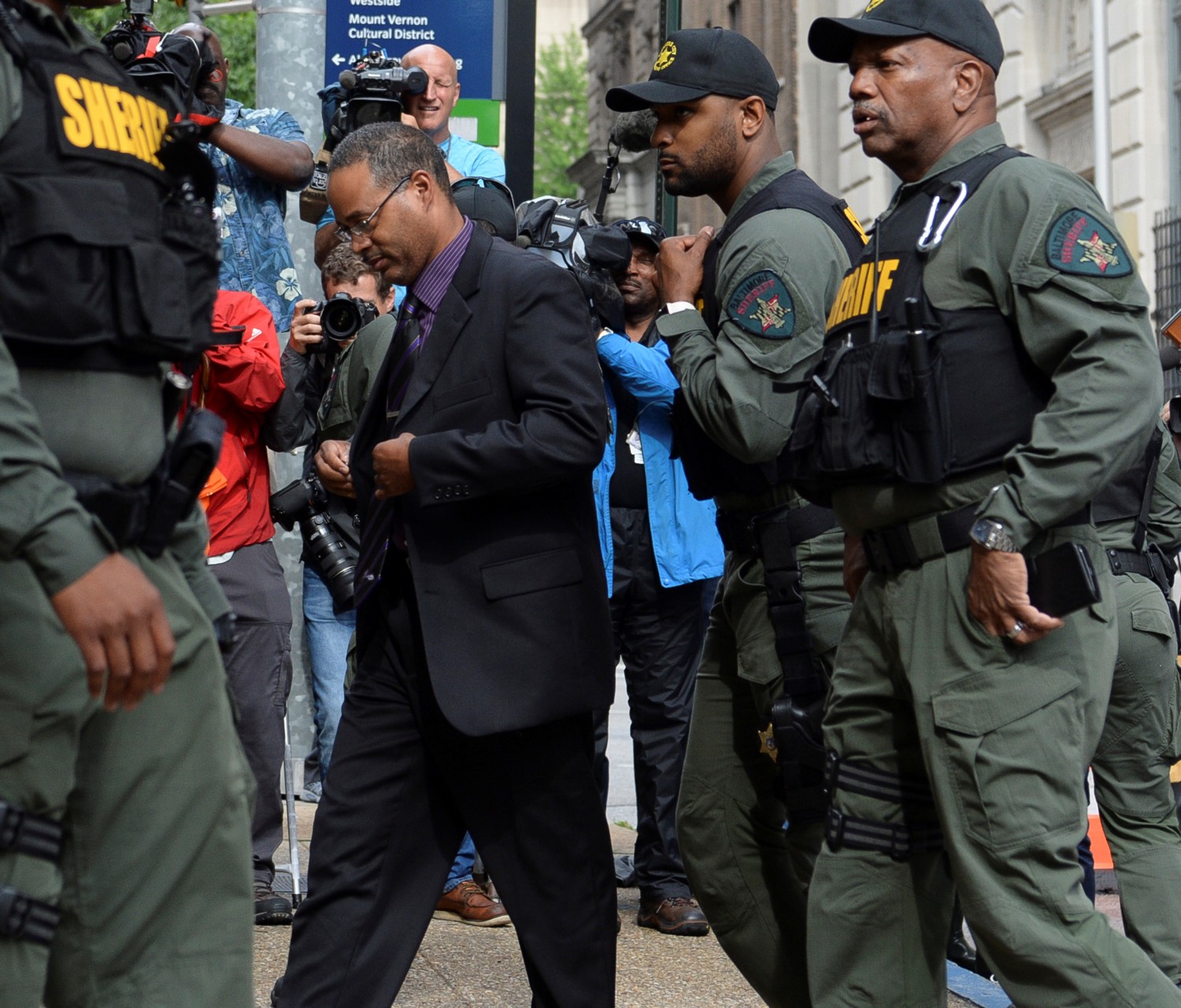 Caesar Goodson, the Baltimore Police van driver accused of giving a violent "rough ride" that broke Freddie Gray's neck and killed him was acquitted of all charges Thursday by Circuit Judge Barry Williams. Goodson was the driver of the van in which Gray died, and faced the most serious charges of the 6 cops accused in Gray's death while in police custody.

Goodson, 46, was charged with the most serious crimes of the six Baltimore Police officers, including a charge of second-degree depraved heart murder.

Gray's death triggered protests in Baltimore, a majority black city, and in other cities around the nation. Freddie Gray was black. Goodson is also black.

A still from video recorded by Kevin Moore of Freddie Gray’s arrest on April 12, 2016, which shows the 25-year-old screaming in pain. Gray later died in police custody.

Judge Williams considered the charges against Goodson for three days. The officer's acquittal places the rest of the cases into jeopardy: the four additional officers whose cases have yet to be decided were charged with similar but less serious accusations.

The next trial, of Lt. Brian Rice, who is charged with manslaughter, is scheduled to begin July 7.

His acquittal, which comes after Williams considered the charges for three days, throws the rest of the cases into jeopardy. The other officers charged face similar, but lesser accusations.

Prosecutors alleged Goodson had five chances to render aid to Gray after his neck was broken in the back of the van, which they said demonstrated a "depraved heart."

They also said Goodson was the direct cause of the injuries, driving the van in a reckless manner that threw him in the back of the van's steel cage, shackled but unrestrained by a seat belt. As a certified field training officer, prosecutors said Goodson knew Police Department rules and broke them.

Here's an exhaustive recap by the Sun of all the officers who got away with what looks to the rest of the world like murder in the case of Freddie Gray.