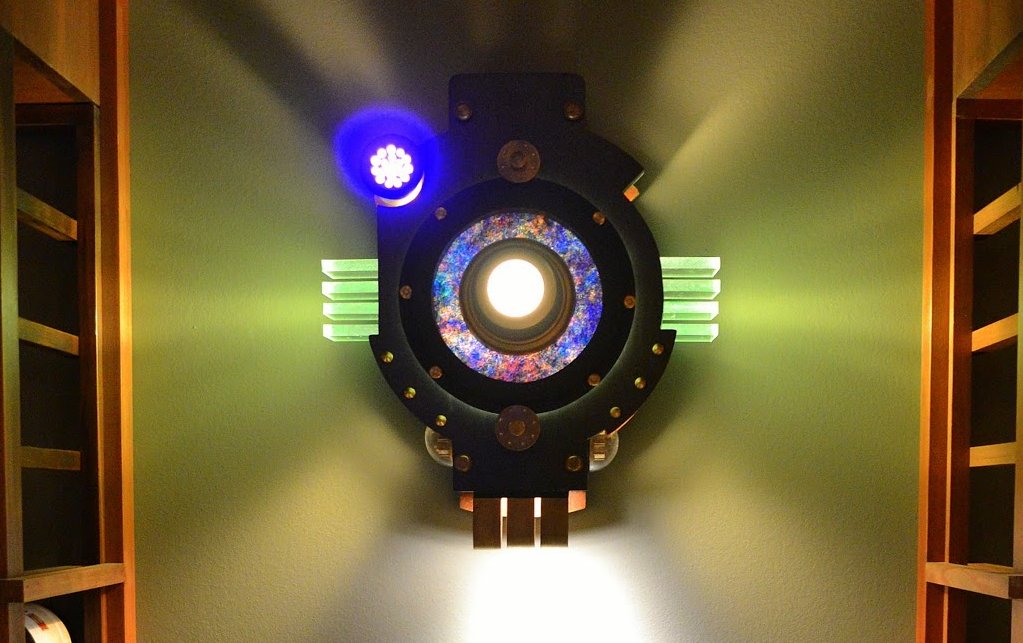 Designer Art Donovan writes, "I'm always looking for new and unique inspiration for my lighting commissions and the latest, cutting edge scientific devices offer a boatload of great design inspiration. From the cool, new 'James Webb Space Telescope' to the myriad of complex details in the L.H.P.C. at Cern- it's a cornucopia of rich imagery."