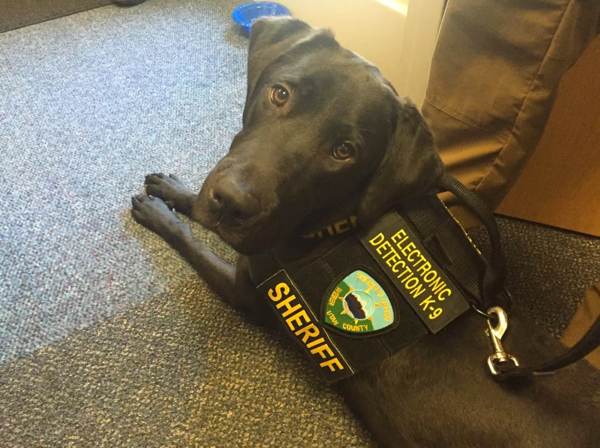 A 16-month-old black labrador named URL has been trained to sniff out electronic storage devices for the Weber County Sheriff’s Office in Utah.

Authorities say URL will assist investigators on these specific cases and will also be used at the Weber County Jail to locate contraband, such as cellphones.

“URL does not actually search for illegal materials, but rather his highly sensitive nose has been trained to detect the unique chemical compounds found in the certain electronic components,” the release states.