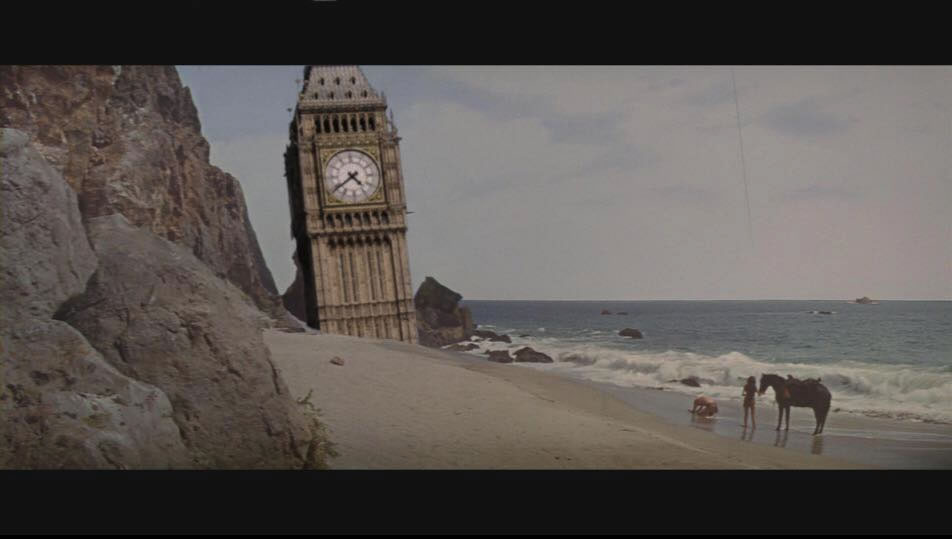 Charlie Stross is in excellent form this morning about the likely outcomes from last night's Brexit vote, hitting all the highlights: collapse of the finance sector when Euro-denominated derivatives trades relocate to an EU state; collapse of the London property market (a big deal as 40% of the UK's national wealth is property in the southeast); sucession risks for Scotland and Northern Ireland; the increased legitimacy of the reactionary right and xenophobia and racism as the "shy UKIPpers" realise (or claim) that they were more numerous than they had believed.

The Tories will have a leadership change. As they didn't bother to appoint a deputy PM when they took office, secession is unclear. Labour -- whose neoliberal wing have been stabbing Corbyn in the back since his first day as leader -- is sharpening their knives again.

One important signal to pay attention to, apropos Labour's future: There are a lot of Leave voters who come from traditional Labour strongholds and demographics. It's a mistake to dismiss them all as bigots. Many of them see no future for themselves, and also feel unrepresented by the political mainstream (why would a working person vote for the party of Tony Blair?). They opted to let the country burn. Margaret Thatcher told them there was "no alternative" and given that calculus, Remain becomes a vote that doesn't serve your interests, and Leave is also a vote that doesn't serve your interests, but has the advantage of punishing the bastards who put you in that situation.

When Americans wonder whether the lesson that US voters will take from the UK post-Leave economic collapse is to vote against Trump, on the grounds that he is the American Farage, remember this: the support for Leave wasn't just opposition to the EU, it was also the sense that the "progressive" side had no use for neoliberalism's losers. If Labour moves a Blairite or a Milliband-alike into the leadership seat, expect those voters to continue to vote for "none of the above," even when it cuts their own throats.

A narrative among Clinton supporters about Bernie backers who say they'll vote Trump rather than Clinton is that they're radical leftists exhibiting depraved indifference to the undeniable horrors of a Trump presidency. There may be some voters who fit that description, but I believe a much larger pool is a "none of the above" group who think -- correctly -- that the establishments of both parties are willing to throw them and their children under the bus (with TPP, harsh criminal "justice" reforms, Wall Street bailouts, mass surveillance, pointless foreign wars, destruction of the social safety net) and will vote for anyone who promises any kind of alternative, even a nightmarish one.


Here's my lesson from Brexit: when you've got nothing to lose, and you're being asked to vote between someone who'll be terrible for you but good for the people who took everything you love; and someone who'll be a disaster for everyone, including the people who screwed you over, even terrible choices can seem good. It's a mistake to think that Trump supporters all believe that he'll be good for the country: plenty just believe that he'll visit their tormentors with the kind of misery they've endured since the Reagan years.

I'm not patting myself on the back for calling out the consequences. Sterling has tanked to its lowest level in 31 years, the stock market has crashed by 10% already, and we're likely to see international repercussions as all the sovereign wealth funds that had invested in the London property market see 30% wiped off their investments in a matter of days. Longer term, this may well be the beginning of the end for the UK as a nation. (Watch who's standing on the sidelines praising the result: Donald Trump, Vladimir Zhirinovsky, Marine le Pen -- a who's who of international fascismus.) The EU was the guarantor of the Good Friday peace agreement in Northern Ireland: the Northern Ireland peace process must thus be presumed to be broken, and it's anybody's guess what happens next. Scotland voted by a 62%/38% margin to remain in the EU and is being dragged out against its will; we are already seeing the first moves towards a second Independence referendum, and on the basis of pre-Brexit opinion polls it looks highly likely that Scotland will vote for independence within the EU. (When asked how they'd vote on an independence referendum if the UK had voted to leave the EU, Scottish voter intentions registered a 6% swing towards independence -- a hypothetical that would deliver an absolute majority.) The enabling legislation for IndyRef 2 is apparently already being drafted in Holyrood, and the Scottish government, despite being an SNP minority group, can count on an absolute parliamentary majority in moving for another referendum because the Scottish Green Party will vote with them (being officially for independence); it's likely that in 2-5 years Scotland will have split from the UK and applied to re-admission to the EU. As for Northern Ireland there will be urgent negotiations for some sort of federal arrangement with the Republic that allows them to retain EU access (the Republic of Ireland being an EU member and Northern Ireland having voted to remain in the EU by a significant margin).

What happens to England and Wales now?

Short version: economic turmoil caused by the uncertainty. An upswing in right-wing xenophobia as the utterly odious crypto-fascist Nigel Farage makes hay while the Sun shines on his project. Divorce negotiations ...the Brexiters have been selling a lie; that they'd get a no-fault divorce and keep the house. Reality is somewhat less convenient and Brussels has no alternative but to play hardball if it is to deter other loosely-bound members from following England's example. Most likely England will end up losing the house, the CD collection, and the cat and having to sleep in the car. For example, the biggest chunk of the UK economy today is the banking sector, and London is the global number one market for euro-denominated derivatives trading. But London, as a non-euro zone market, is only allowed to trade in euros because it's the capital of an EU member state. A London that is out in the cold will lose that business. Expect much of the British financial sector to decamp to Frankfurt, Paris, and Brussels. And there will be other ghastly economic consequences; if the UK is allowed to get it's no-fault divorce, when why should Greece put up with the Troika's demands?

"Tomorrow belongs to me"