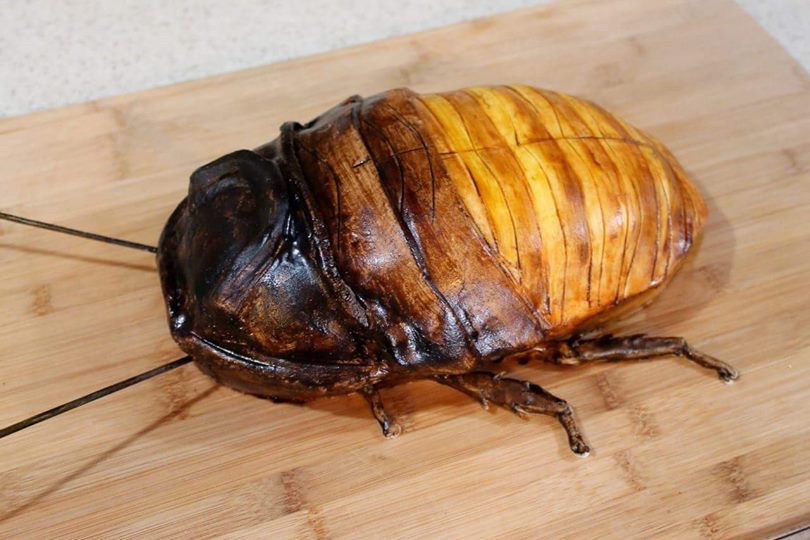 Artist and baker Katherine Dey made this creepy-as-hell but probably delicious cake that looks like a Madagascar hissing cockroach. Its innards oozes with Boston cream filling. Dey made a video how-to, below. Just make sure you clean up the crumbs or else the real roaches will come and then who knows what could happen if they realize what you just ate.