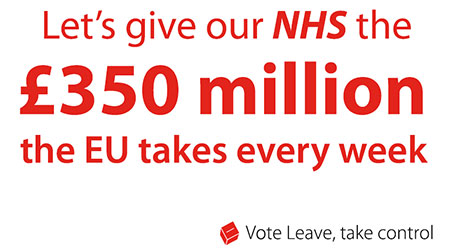 In the runup to the Brexit vote, the "Leave" campaign repeatedly argued that the National Health Service could receive £350m/week in funds diverted from the money supposedly remitted by the UK to the EU (in reality, that number is radioactively false).

Yesterday, 17m disproportionately elderly, NHS-dependent Britons voted to take the UK out of the EU, thus depriving the country of the overwhelming young, healthy workers from the Continent who contribute more to the UK tax base than they take out in services.

This morning, Nigel Farrage, the face of the Leave campaign and the xenophobic UK Independence Party, admitted that it was all a lie and the NHS would almost certainly not get a penny more as a result of the Leave vote.

WATCH: @Nigel_Farage tells @susannareid100 it was a 'mistake' for Leave to claim there'd be £350M a week for NHShttps://t.co/JNkl5k8IlK