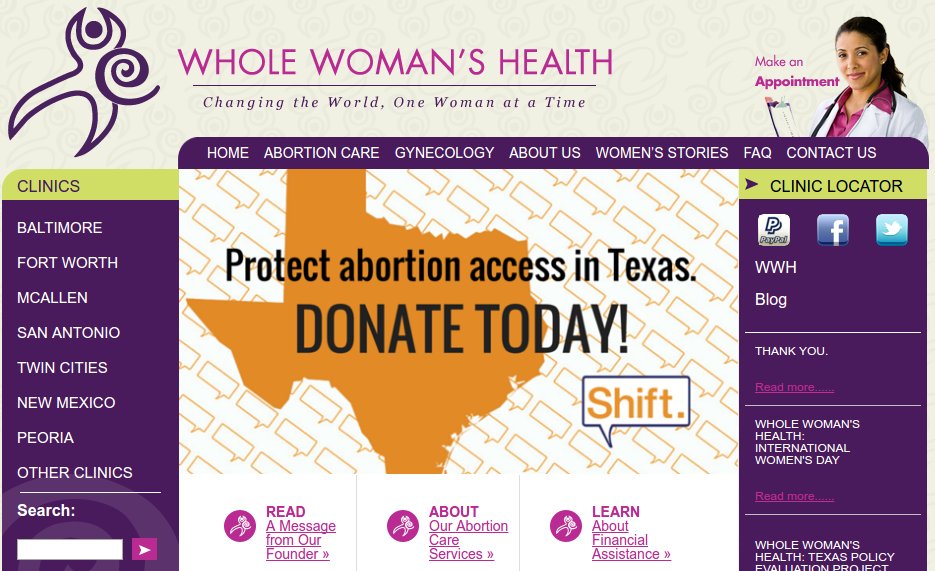 The Court ruled in Whole Woman’s Health v Hellerstedt that the Texas law placed undue burdens on clinics that performed abortions by requiring them to meet the standards of ambulatory surgical centers, use doctors with admitting privileges at local hospitals -- measures that led to the closure of three quarters of the state's abortion-providing facilities since 2013.

The court ruled 5-3 against the law.

The oral argument in the case was epic, with the women on the bench -- Justices Ginsburg, Sotomayor and Kagan -- hammering Texas Solicitor General Scott Keller, refusing to allow him to palm a single rhetorical card, and also refusing to yield to Chief Justice Roberts when he tried to hold them to time, ensuring that the absurdity of the Texas arguments got a full debunking on the record.

The things that Supreme Court Justices say during oral argument are often directed at the rest of the bench, rather than the petitioners arguing before them. In this case, with the court shy one lunatic religious maniac justice and potentially deadlocked, the women justices seemed to be signalling that any willingness on their counterparts to go easy on the Texas law would forever be remembered as an unjustifiable compromise with a spiteful, unconstitutional, incoherent law.

The Center for Reproductive Rights called the law "an absolute sham," arguing that abortion patients rarely require hospitalization and that many patients simply take two pills.

Justice Stephen G. Breyer in writing the majority opinion said "neither of these provisions offers medical benefits sufficient to justify the burdens upon access that each imposes. Each places a substantial obstacle in the path of women seeking a pre-viability abortion, each constitutes an undue burden on abortion access, and each violates the Federal Constitution."