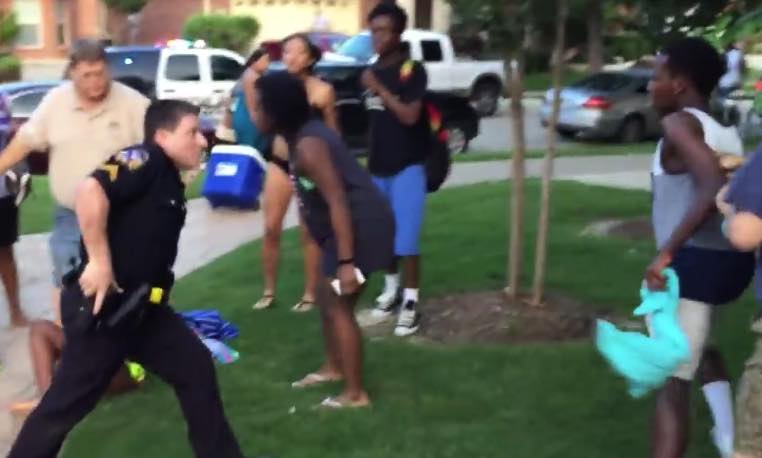 Last July, McKinney, Texas police officer Eric Casebolt made headlines when video surfaced of him pulling his gun on a group of black children in their bathing suits at a pool party, tackling a young girl in her bikini.

Now, a Texas grand jury has found that there are no grounds for charging Casebolt with any crime. Grand juries are notoriously susceptible to prosecutors, and when they fail to return an indictment, it is often read as a lack of prosecutorial will in the case. As former New York State chief justice Sol Wachtler once remarked, DA's have so much influence over grand juries that they could get them to "indict a ham sandwich."

The decision to no bill Eric Casebolt ends the investigation into his handling of the pool party melee.

Casebolt (who’s white) was widely criticized for his treatment of the young, black teenager.

But the grand jury determined there wasn’t enough evidence to bring criminal charges against Casebolt.