Elizabeth Warren on monopolies in America, including Apple, Google, and Amazon 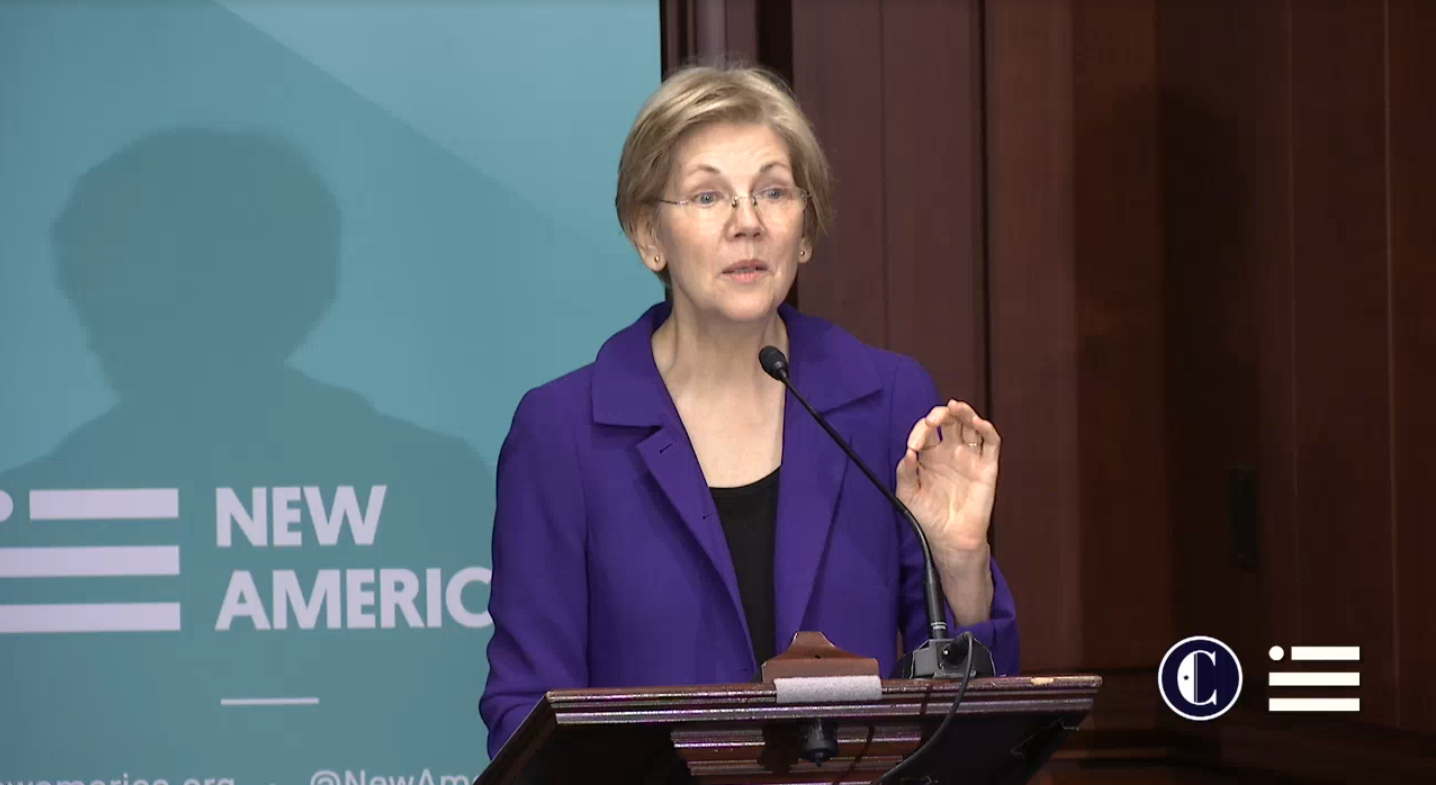 Elizabeth Warren is on fire in this speech at a New America Open Markets conference on monopolies this week in DC; Senator Warren is pitiless, lucid and laser focused on the way that corruption creates monopolies, and monopolies suborn corruption.

Seriously, it's the kind of speech you could play for someone who knows nothing about economics and they'd still get it, and be outraged by it, no matter whether they identify as "progressive," "conservative," or none of the above.

The first problem is that less competition means less consumer choice. When consumers can purchase similar products from multiple competitors, they force market players to constantly seek out new ways to reduce prices and increase the quality of goods and services to get their business. But when companies consume their rivals instead of competing with them, consumers can get stuck with few or no alternatives. Prices go up, and quality suffers.

Consider Comcast, the nation’s largest cable and internet service provider. Comcast has consolidated its position by buying up rivals. Today, over half of all cable and internet subscribers in America are Comcast customers. And last year was Comcast’s best year in nearly a decade. But while big telecom giants have been consuming each other, consumers have been left out in the cold—facing little or no choice in service providers and paying through the nose for cable and internet service. Over a third of Americans who theoretically have access to high speed internet don’t actually subscribe because the price tag is too high. And the data are clear: Americans pay much more for cable and internet than their counterparts in other advanced countries and, in return, we get worse service.

The second reason the decline in competition should cause concern is that big guys can lock out smaller guys and newer guys. Take a look at the technology sector—specifically, the battle between large platforms and small tech companies.

In 2012, FTC staff concluded that Google was using its dominant search engine to harm rivals of its Google Plus user review feature. Among other things, the staff produced evidence showing that Google promoted its own Google-branded content over its rivals even though those rivals would have otherwise had top billing through its organic search algorithm. The FTC commissioners ultimately sided against the conclusion of their staff, but the European Commission has moved forward with formal charges on similar allegations, and Europeans may soon enjoy better protections than U.S. consumers.

Apple has received attention over similar issues. The latest example is its treatment of rival music-streaming companies. While Apple Music is easily accessible on the iPhone, Apple has placed conditions on its rivals that make it difficult for them to offer competitive streaming services. The FTC is investigating those issues and deciding whether to sue Apple for antitrust violations.